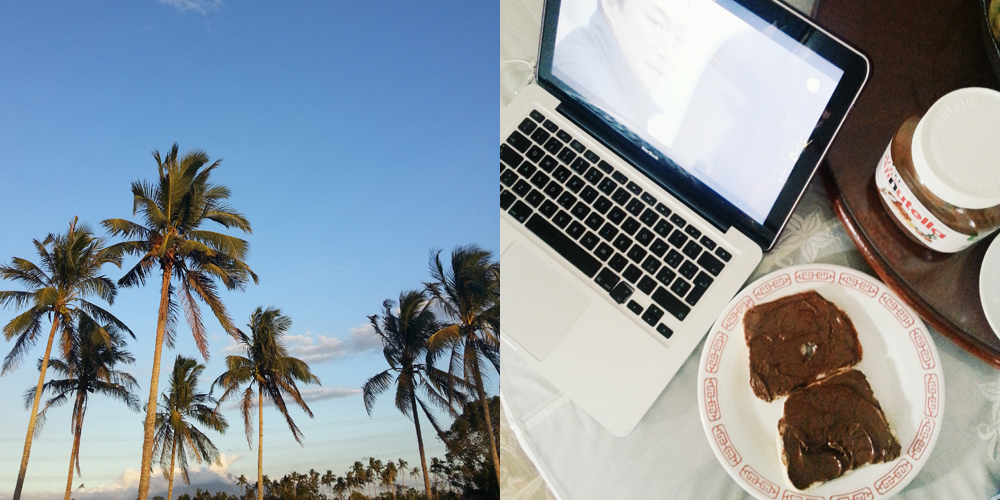 For the past two months, I had been hibernating in Laguna while waiting for the “perfect job” to come my way. It’s a long and frustrating search after an impulsive decision to resign from my previous job. Though technically, I wasn’t a complete bum. I worked freelance for a month, but it doesn’t feel like “real” work when I do it at home in my PJ’s while watching anime.

At the middle of it, I started thinking that maybe I can just work at home full-time. But I realized that if I did so, I’d end up becoming a hermit. I can honestly not leave our house for five days straight. I’m a homebody first, wannabe traveler second. To save the socializing skills I somehow managed to practice in the past five years, I decided that an office-based job is the way to go. Besides, I realized that what I earned through freelancing wasn’t enough for me to afford a house and lot for sale in Sentosa Calamba.

Alas, last week had been quite miraculous when I received multiple job offers just when I was ready to give up. I honestly thought no company would like to hire me again (because my self-esteem is low like that). I thought I’d receive a backlash when I received a few job offers in January and decided to decline everything, due to different reasons. So I felt grateful when I got accepted in some companies, and I promised that this time, I will make a decision and pull through it all. It’s stupid to wait around for a “perfect” job because there will always be a downside. You just have to realize that some pros will always outweigh the cons.

After a week of torturous decision-making, I finally made my choice. No matter what choice I made, I realized that I won’t be on a losing end. So writing down the pros and cons of my options, I’m finally back in the workforce.

On Friday, I said goodbye to unemployment and said hello to working again in Makati. It was both good and bad. Good, because yay work! Bad, because I barely talked to anyone and I missed my old officemates. And worse, I learned that I’d be on a night shift in a few weeks’ time. I am contemplating whether I made the right decision, but I’m here now and there’s no turning back. 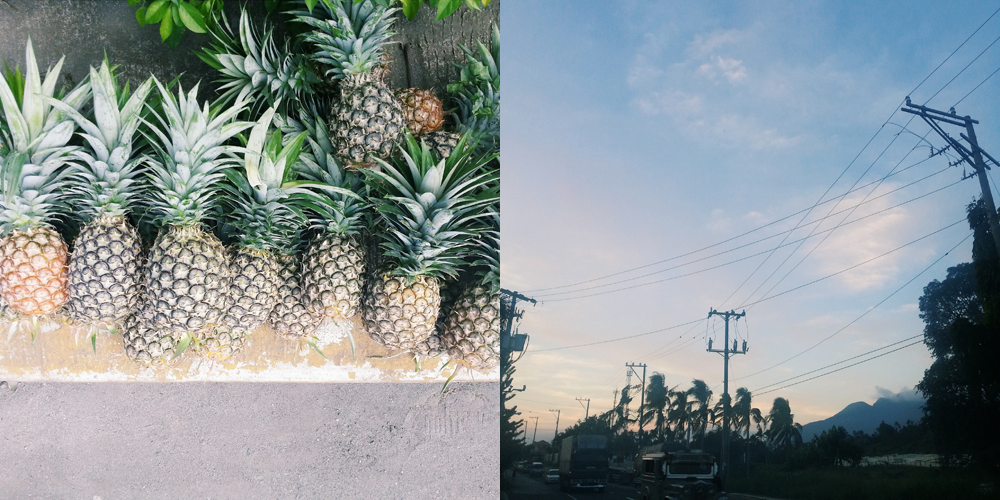 Laguna will always be home, even when I have loved city life because of its convenience. I will always appreciate the sight of coconut trees wherever I look, and the abundance of affordable fruits per kilo. In one of my rare walks outside, I chanced upon the spread of pineapples next to the highway. It’s not something I’d see in Manila, but it’s definitely a common sight in our neighborhood. 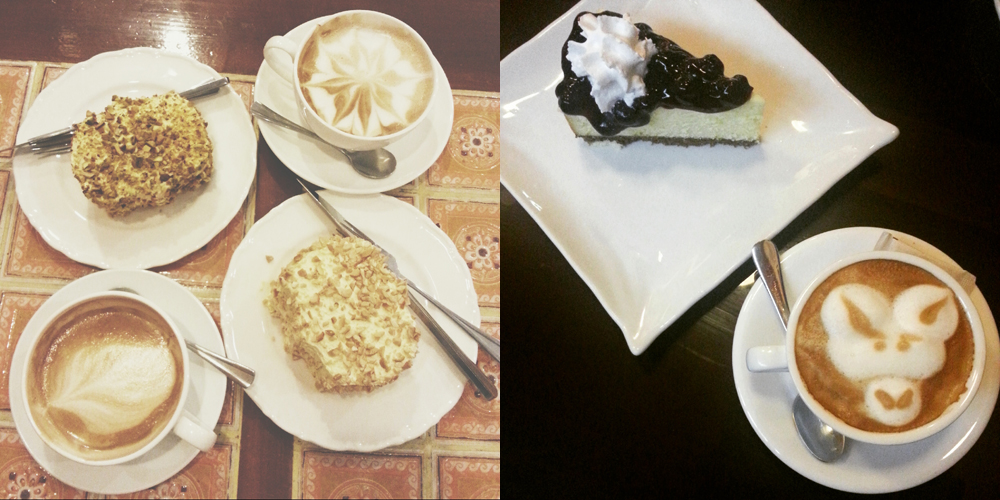 I didn’t spend that much time in San Pablo, though I really wanted to. Before the New Year, Aika and I met up at Si Christina, which remains to be my favorite restaurant/cafe in San Pablo. We had a rather passionate conversation that day, full of promise of the future because we both recently resigned from our jobs. Heh.

I have also tried Cafe Lago, and I liked their coffee but didn’t really understand the art in my latte. It looked like Baymax, but I doubt that. 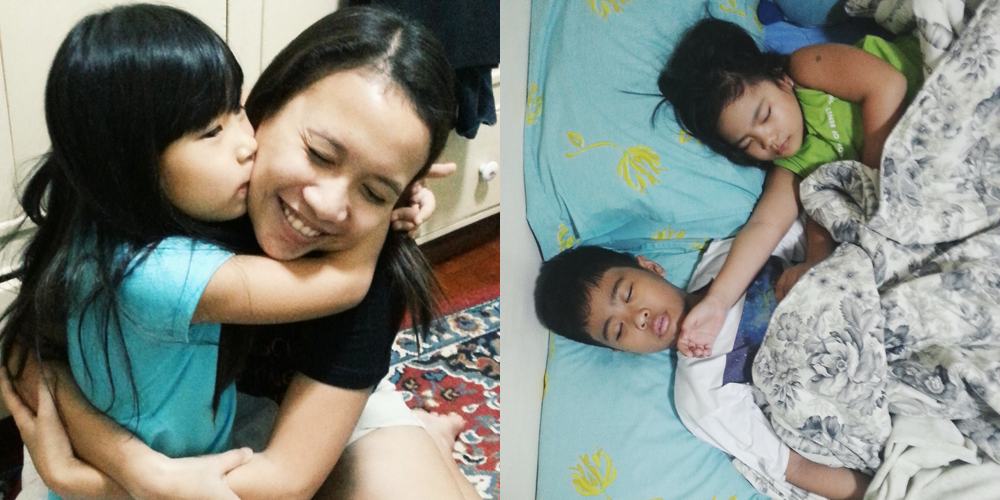 Since I’m staying home, I also got the chance to spend a lot of time with my cousins! Mikka and Kynan slept over a few times. I’m pretty sure I’m not just assuming this, but I really believe that I’m their favorite ate. Hehehehehe.

Also, Ate Iris, a cousin from my father’s side, came home after years of living in Japan! She visited us in Laguna and I got to meet my cute half-Japanese, half-Filipino little cousin, Reira! She doesn’t speak Filipino and understands very little English. I had to converse in my broken-Nihongo, picked up from years of watching anime and Jdoramas. But we did get along well, and she’s mighty adorable. 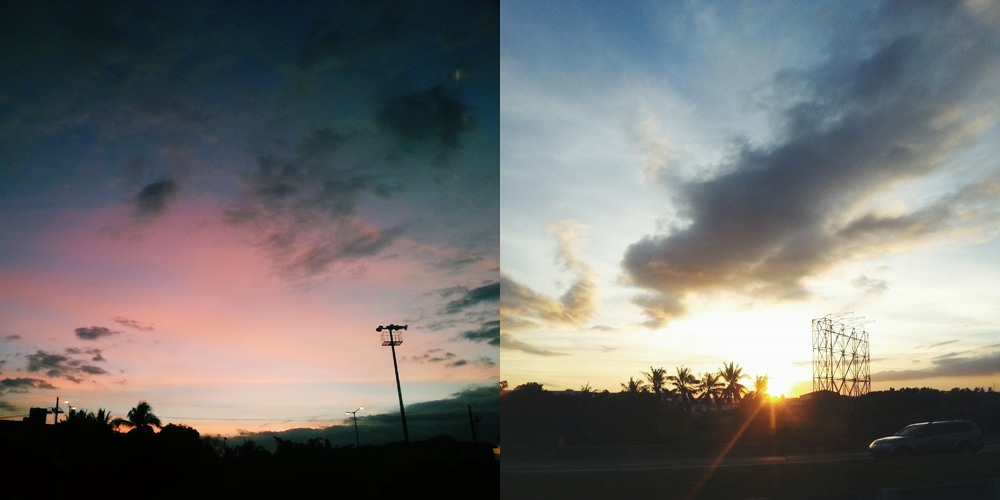 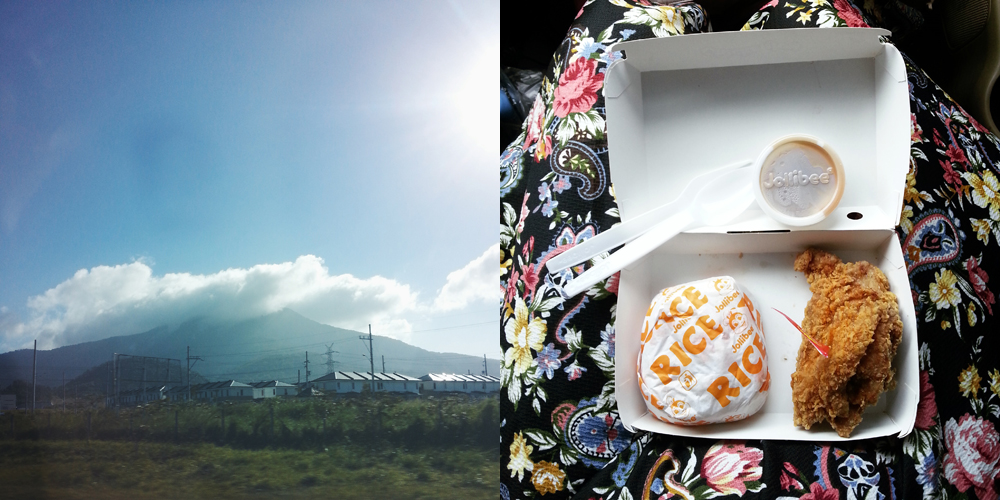 I still got to go back to Manila regularly, though, mostly for job interviews. I decided to keep paying for my dorm room because traveling to and fro frequently also hurts my very little savings. Also, it’s tiring! Luckily, my father travels to Manila a lot of times during the week so  I got to hitch a ride from time to time, too.

I got to witness marvelous showcase of sunsets on my travel periods, so it’s all worth it. 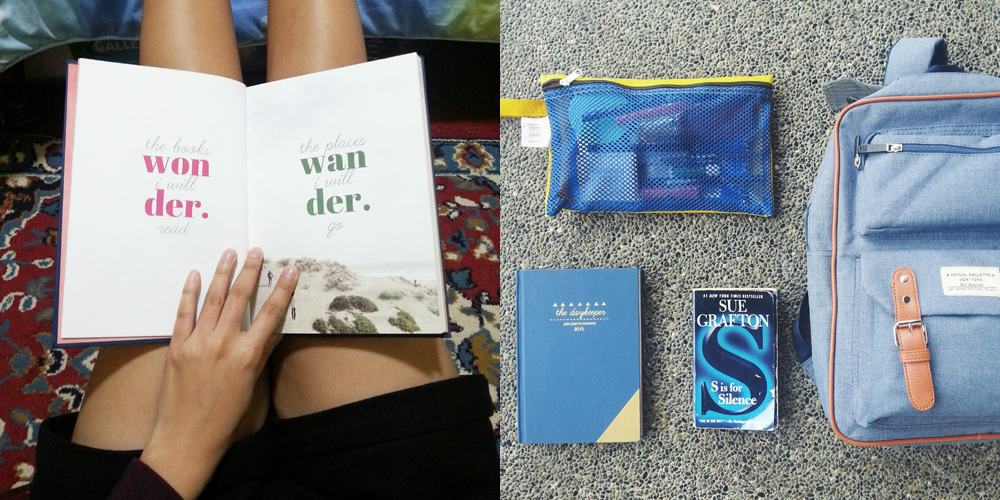 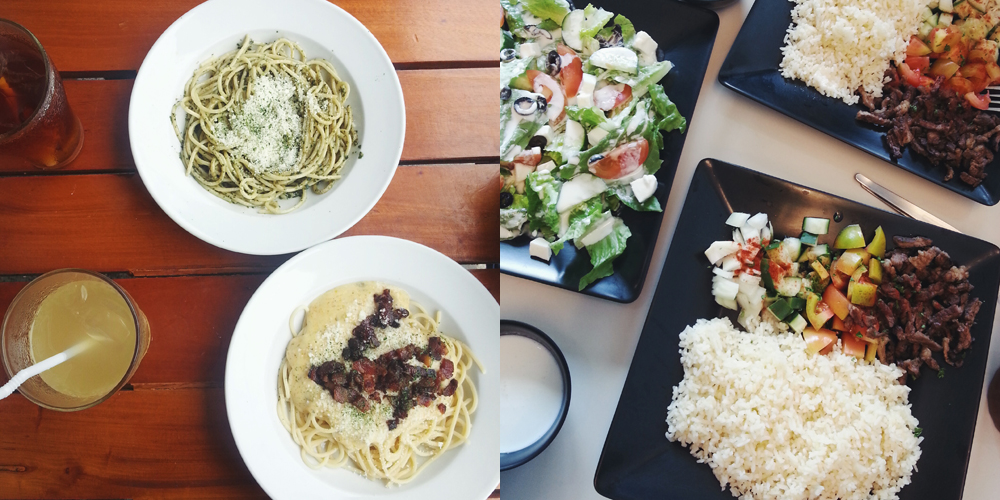 One of the best things about the last few months was that I got to visit Elbi a couple of times in January. Twice, Sophie and I had lunch. I finally tried Faustina’s! The restaurants has been around ever since I was in college, but I didn’t get to try it during my student days because it seemed too pricey for my allowance. However, it’s really a lot cheaper than the restaurants of the same league here in Manila.

I really like the Mediterranean food in Chubby Habbi’s. It’s weird how I didn’t get to try it before. I miss Elbi, and I wish I can go back and try more of the restaurants that I deemed too sosi when I was a student. 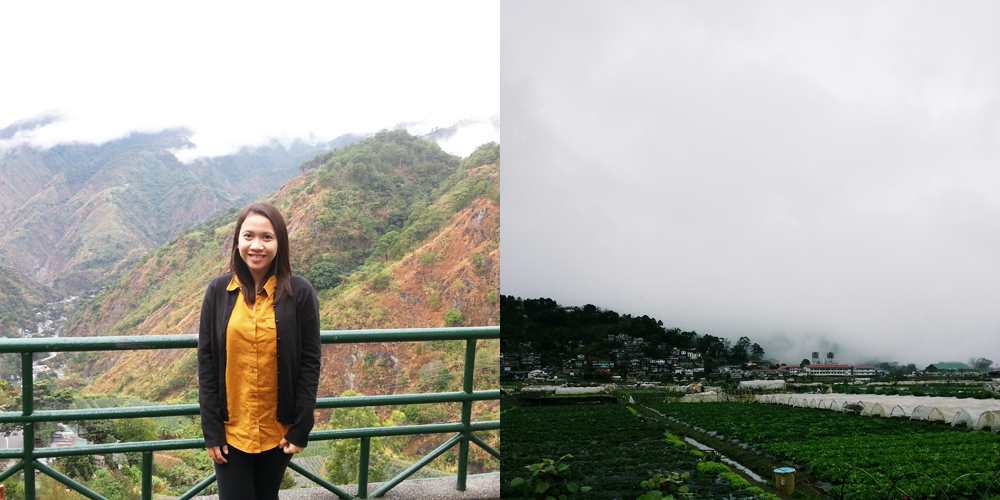 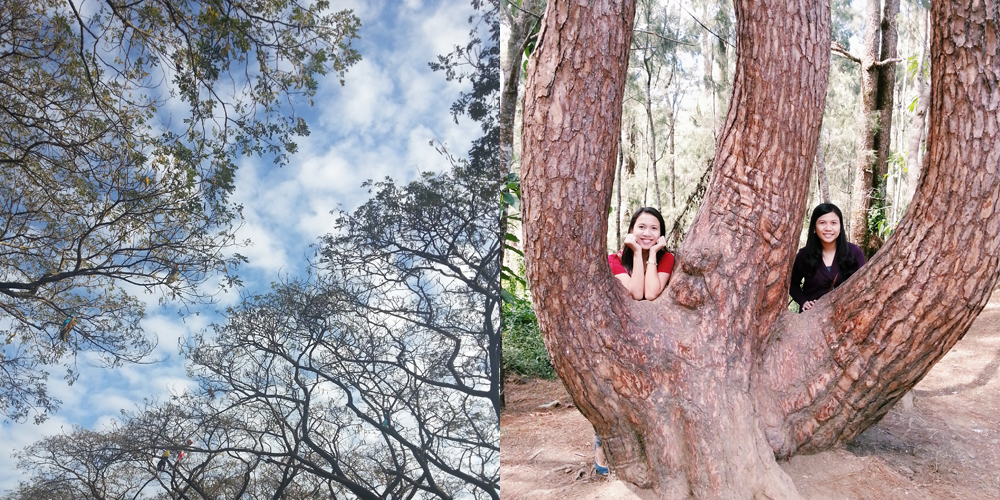 The only time I really got out of the house was during our Valentine weekend road trip to Baguio. It’s a nice change of pace.

Honestly, I thought I’d spend a month or two just traveling once I resigned from work. But my budget told me that I should just stay put at home. LOL. So yes, my only regret was not saving enough to go exploring on my own. 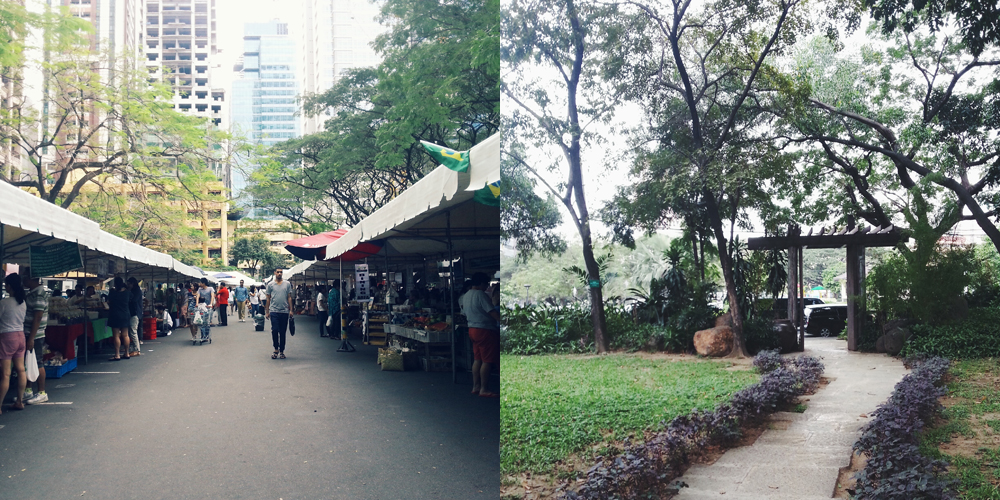 Surprisingly, I got to explore the parts of Makati that I didn’t get to visit during my four years there. Jinky, Sheng and I went to the Salcedo Weekend Market during the Papal visit, where we really couldn’t go anywhere else due to roadblocks. It was fun and I got to try cheap but delicious gyoza. 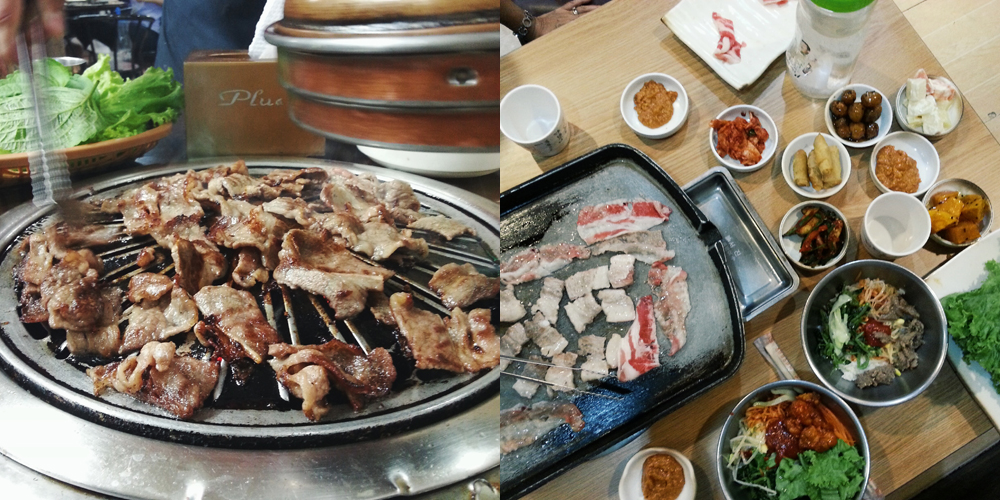 My family like eating out for dinner. It’s our form of family bonding, mostly because it’s rare for everyone to be at home all at the same time. When we visit my sister on her off days from the hospital, we try the restaurants around Malate.

The past two months, I got to add two Korean restaurants on my list—Mak Chang and Hwangso-Ga! They’re not exactly new and they’ve been around for a while. But I love Korean food and I wish the ones in Makati are nearer Ayala. Haha. 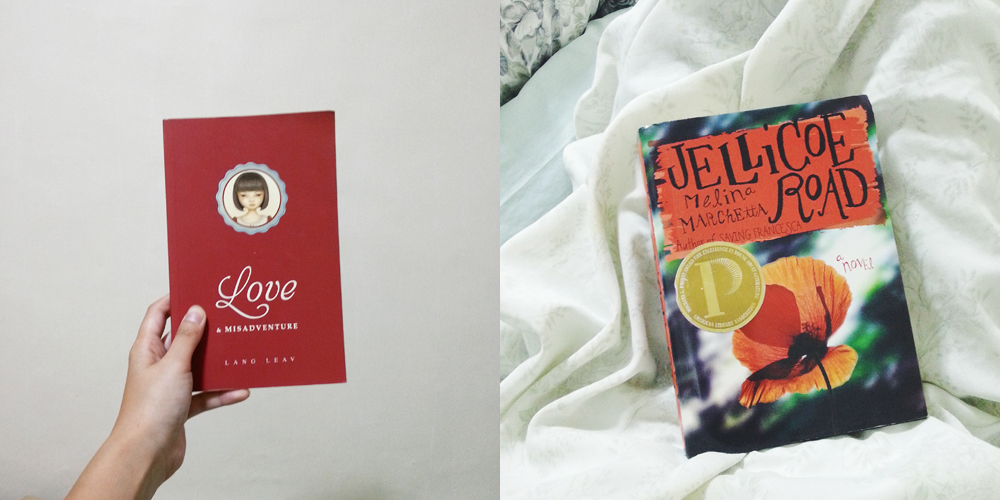 I thought I’d end up reading tons of books the way I did when I was unemployed for a few months after graduation. But I did get to read some awesome books. It’s my goal to finish 35 books this year, and so far I’ve only read 5! I’m already behind one book. Oh well.

From the books I read, I love Jellicoe Road the most. My expectations weren’t that high because Jinky didn’t like it much. The first few chapters were dragging on a bit, too. But it was a slow burn, and by the end of the novel, I only had adoration for the characters and the story. It was the first time in a long time that I wanted to cuddle a book to sleep. I want to have my own copy and read it again. And again and again. I definitely recommend it!

I think Lang Leav’s Love & Misadventures is my least favorite from the bunch. I don’t read much poetry and I thought her work would get me into reading more poetry collections. But I was underwhelmed and I’d think twice before picking up another poem. 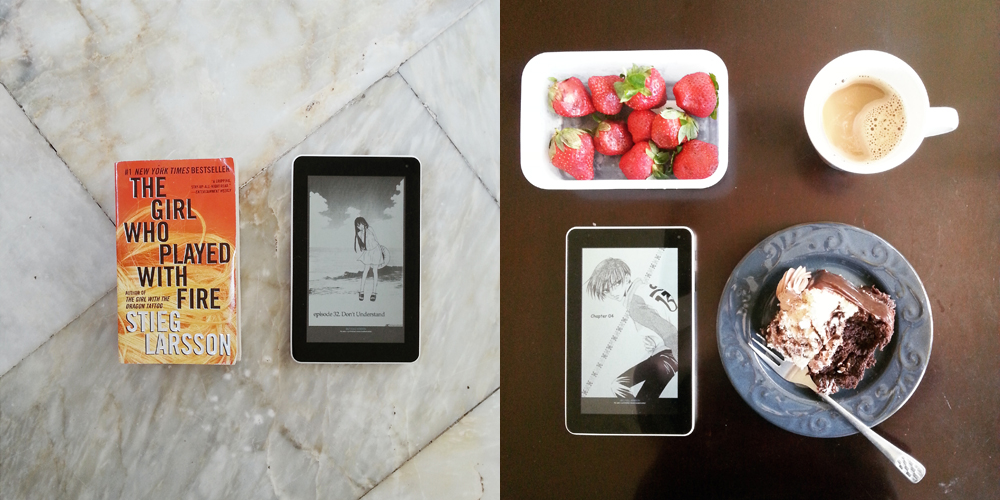 My mother unearthed a PLDT Telepad they got more than a year ago. I was shocked because I wanted a tablet for a long time but didn’t have the budget for it. Then I learned that we have an unused one at home and everything changed! It wouldn’t leave my side the entire time I was in Laguna.

However, I thought I’d be devouring one ebook after another, but that didn’t happen. Though I downloaded a lot of supernatural YA series, I ended up reading more manga. I went on a shoujo manga binge and I don’t regret it. I love this genre.

Of course, Kimi ni Todoke is still my number one favorite, but I also discovered more good ones. So far, I finished High School Debut (must read!), Fruits Basket, Strobe Edge, and Tonari no Kaibutsu-kun. That’s a lot, don’t you think? I’m currently reading Kimi ni Todoke, Orange, Girls of the Wild and Tokyo Ghoul. I think I read others but I forgot about them now.

I stared Eden no Ori, but I dropped it after a couple of chapters. It’s way too shonen for me. 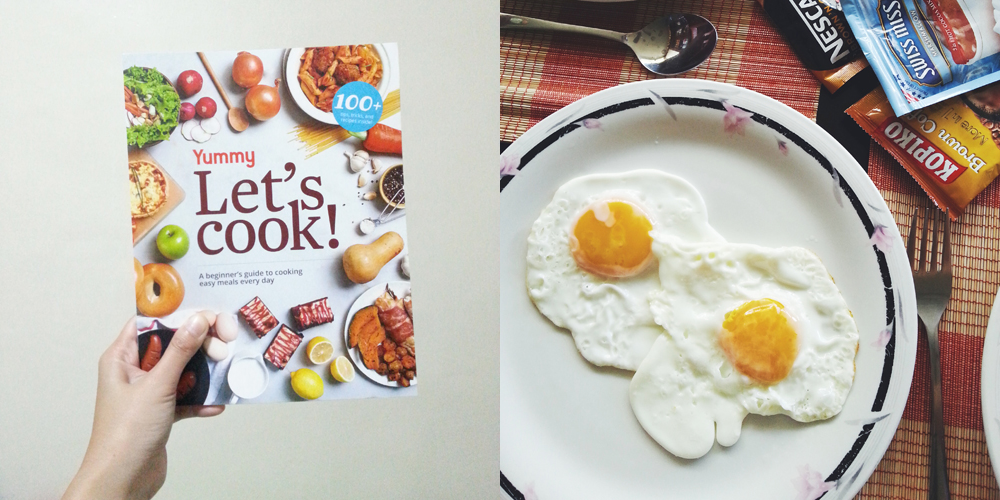 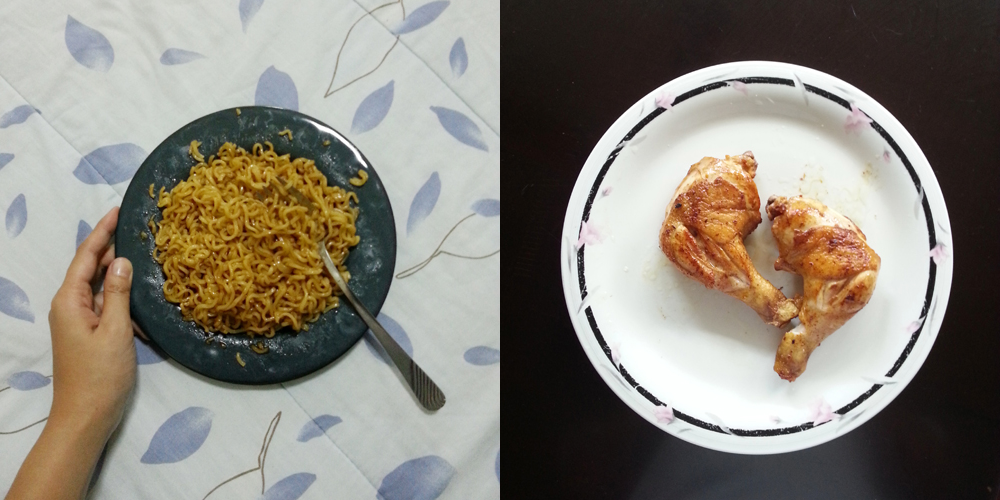 Besides binge-watching five (!!!) Korean dramas, tons of Asian movies and a gazillion anime, I developed the weirdest obsession with Master Chef, too. I watched all the seasons of the U.S. series and also all the seasons of Junior Master Chef. I don’t why but it was so exciting! I got inspired and bought Yummy’s Let’s Cook magazine. It’s very inspirational, but I still haven’t tried even one recipe.

But I did some cooking over the break. We eat very simple things at home. Drief fish is the go-to viand every other day, and we have sinigang around twice a week. We usually don’t have fancy ingredients available, so I just cooked the basics. I’m far from joining any cooking show or boasting of my talent to anyone. 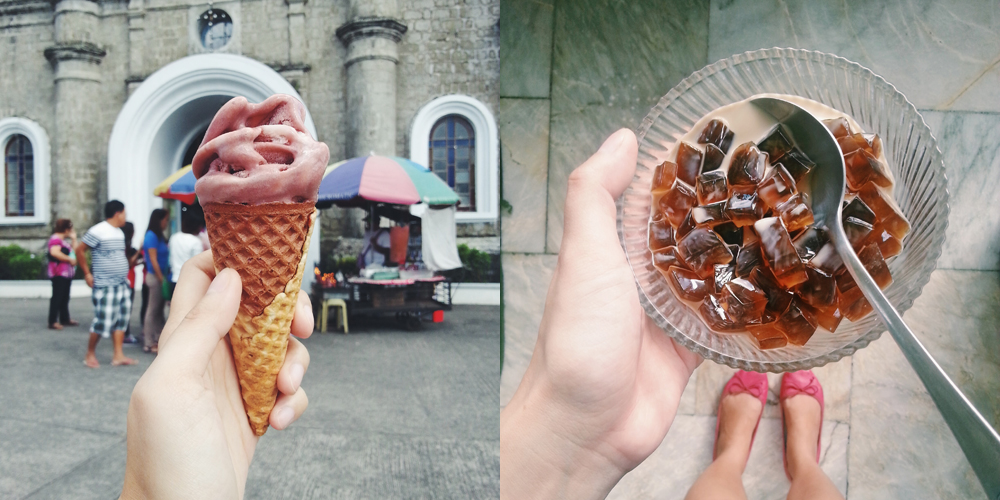 The thing I did the most? Eat, of course. I tried to counter it by doing Zumba (lol) and aerobics  (another lol) every other day, but I have to say that I still ate a ton. I didn’t gain weight, but I didn’t lose a pound either.

Now that I’m back in the workforce, I doubt that’s gonna change. Only a few days back in the city and I’ve already eaten all the food I missed when I was in Laguna.

I have to say that I will miss the bum life, but I really miss living by myself, too. I’m still getting re-acquainted with the working life again. In fact, on my first day back to work I almost fell asleep in my cubicle. What can I say, I’m no longer used to working regular hours. However, I believe there’s nothing coffee can’t fix.

The following weeks will be devoted to adjusting to my new job, but I hope I’d still be able to blog regularly. I’m far from finished blogging about our Korea trip. In fact, I got it all lined up till May!

I’m not that friendly and I find it difficult to mingle with new people. But I’ll try my hardest to channel the extrovert in me. I already know someone at work, and on Monday I plan to talk to my seatmates, heh. Please wish me luck!