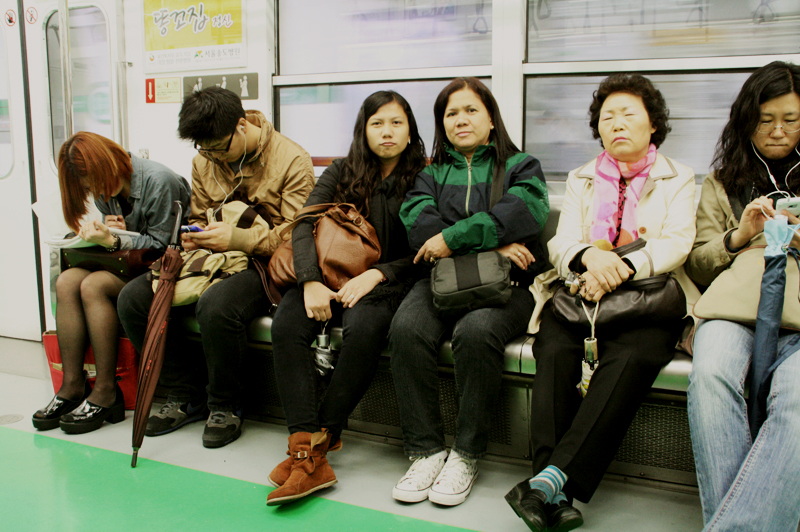 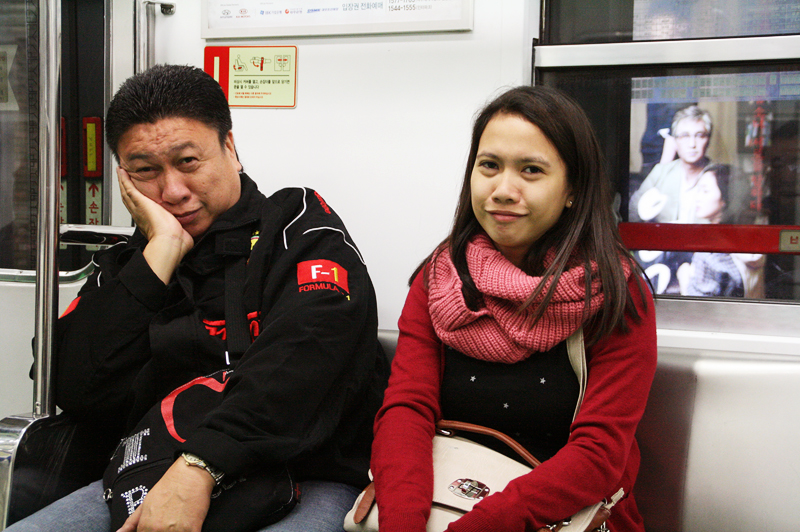 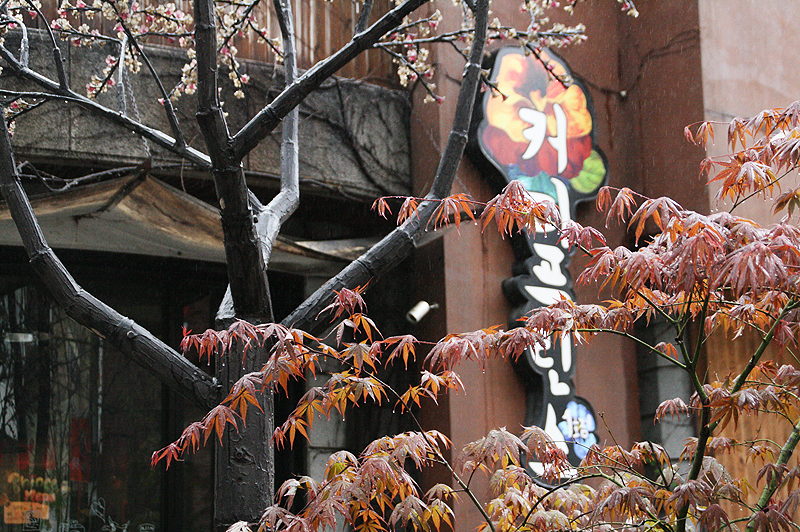 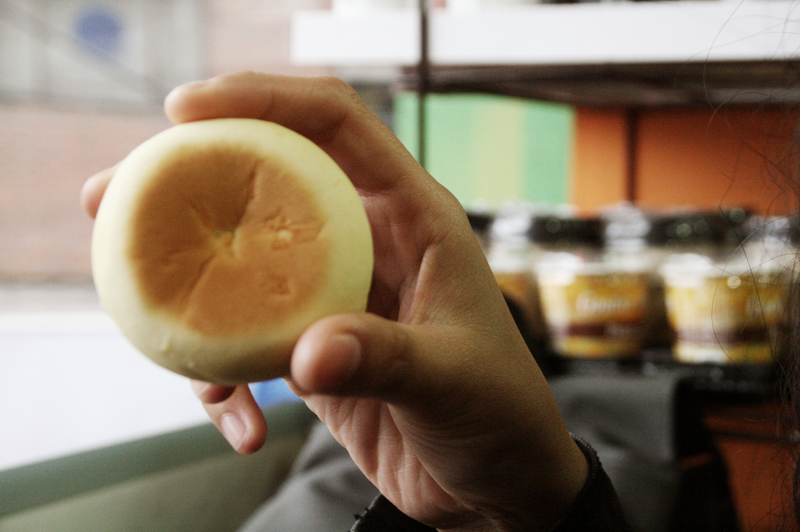 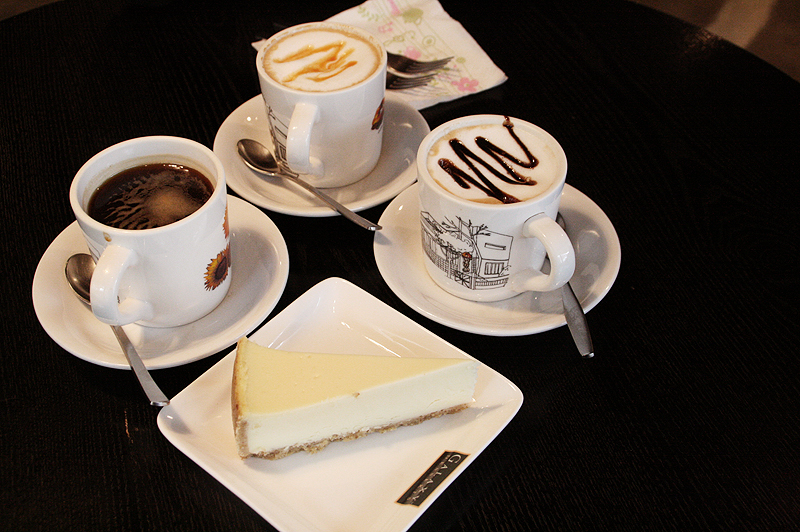 The place looked so amazing! They didn’t even change anything from the original set, probably only added a few details and changed the menu. Also, the wall that Gong Chan and the rest of the cast painted was still there! The staff and actors also signed the wall! It was really pretty and I wanted to sit there but the table was too big. 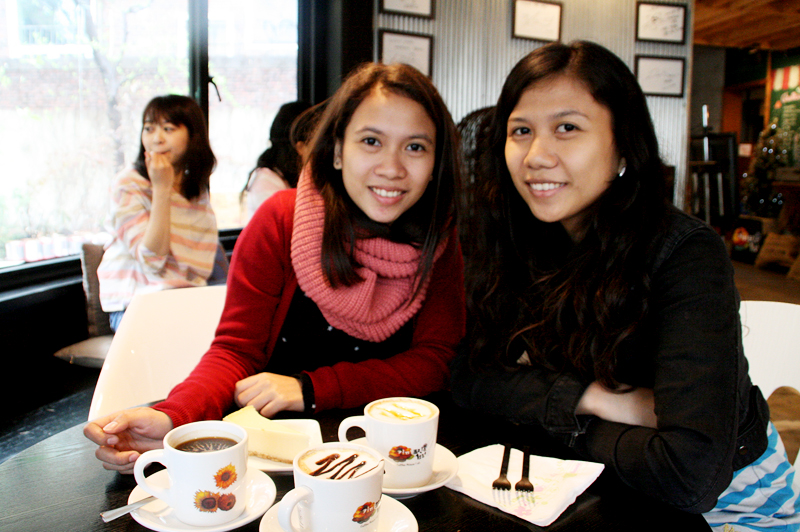 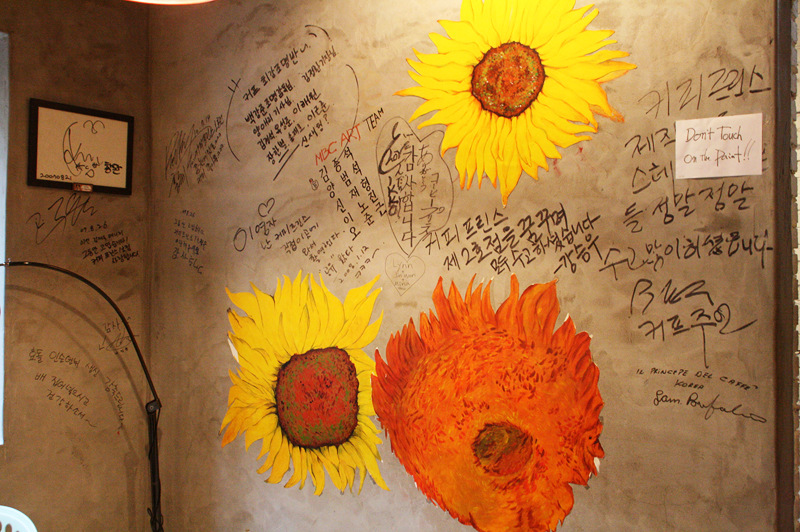 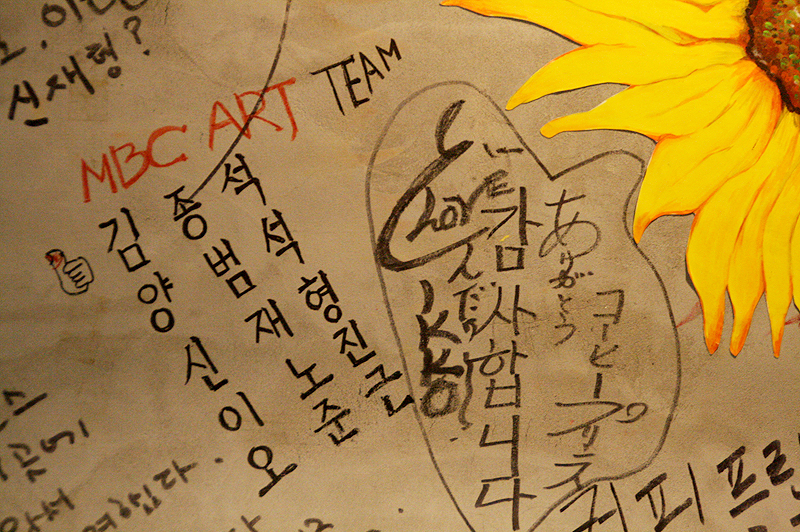 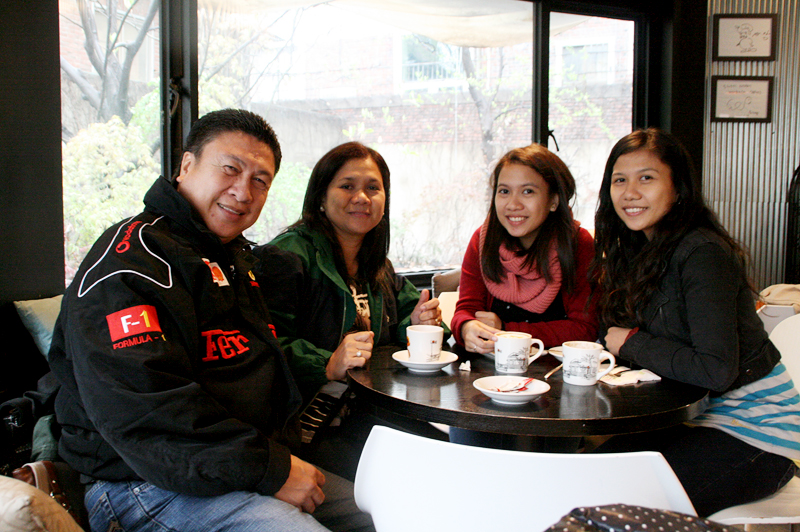 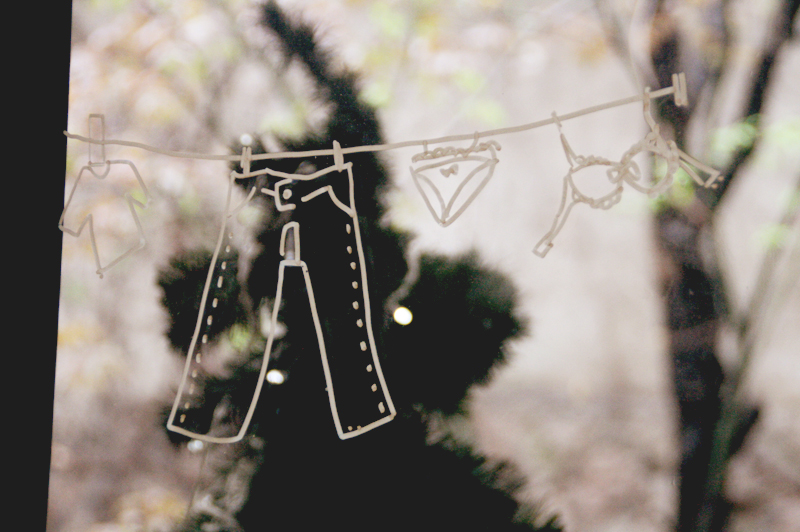 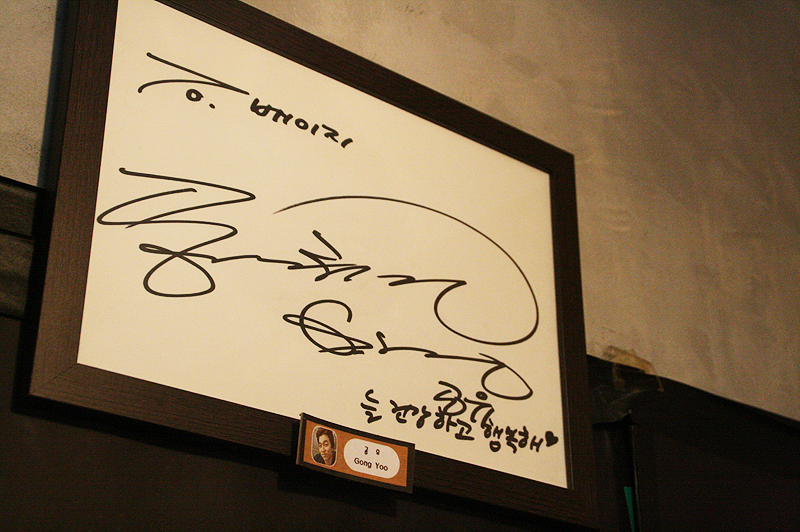 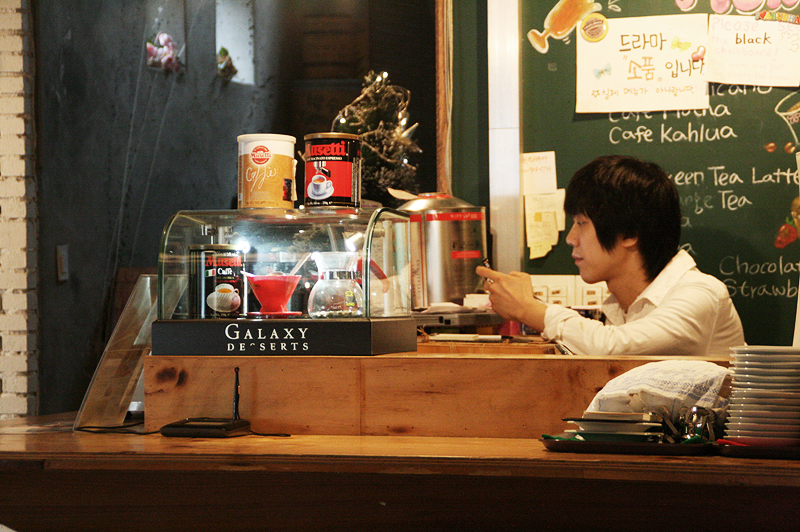 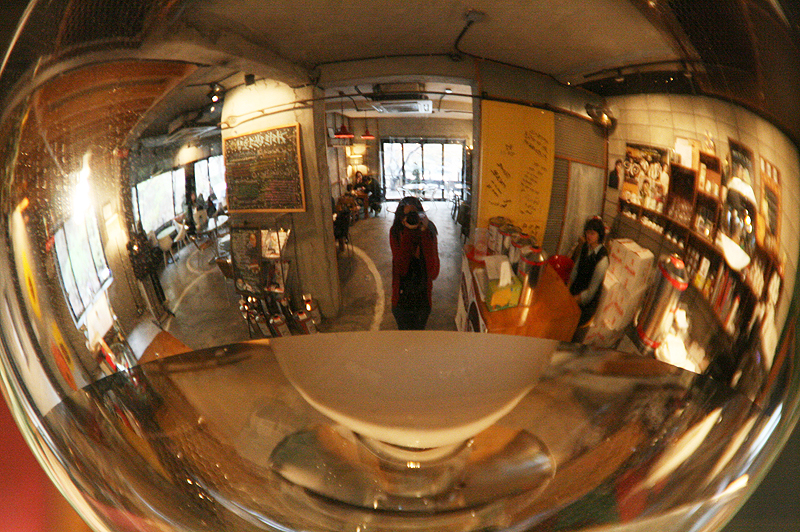 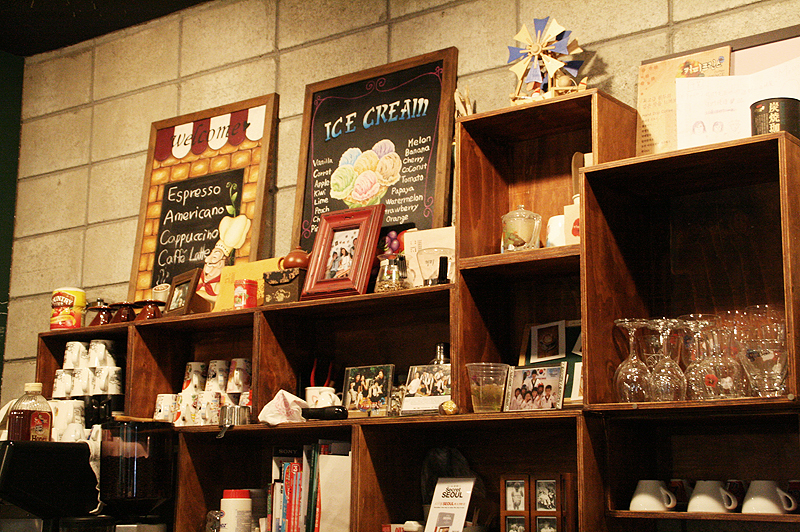 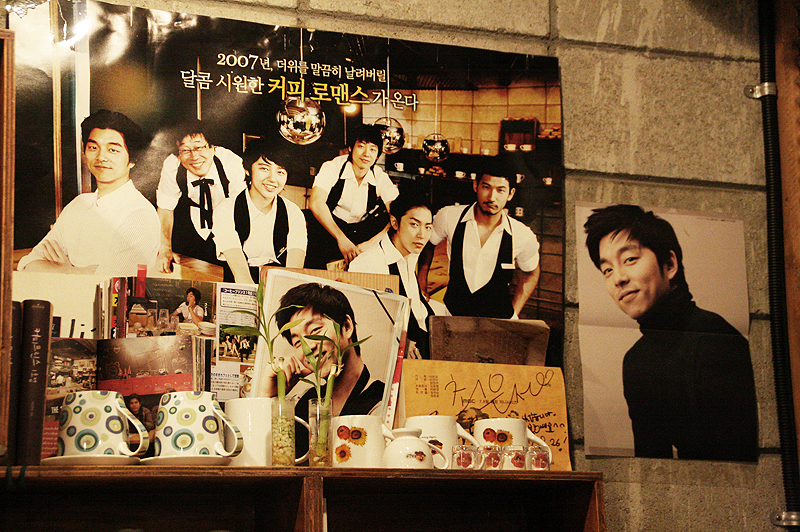 The chalk art for the menu was so pretty, too! I think they preserved the menu used in the drama but they did indicate that they no longer use that menu. I tried to take a detailed photo of one of the menus but the staff said I couldn’t. 🙁 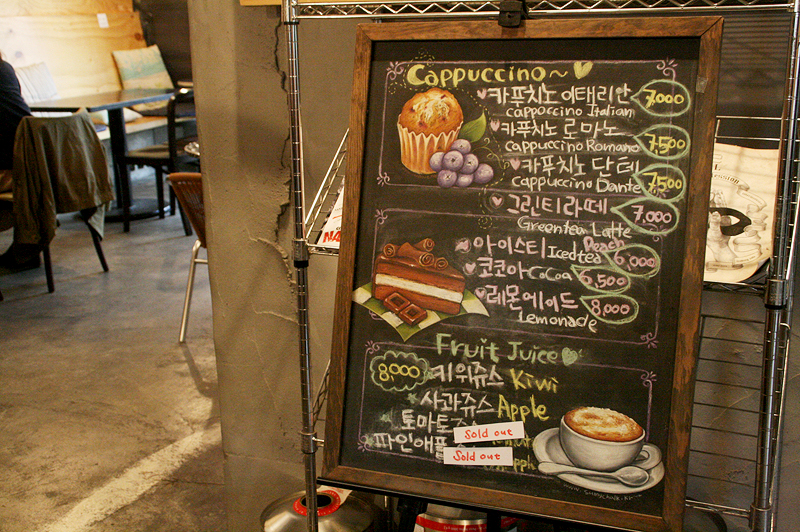 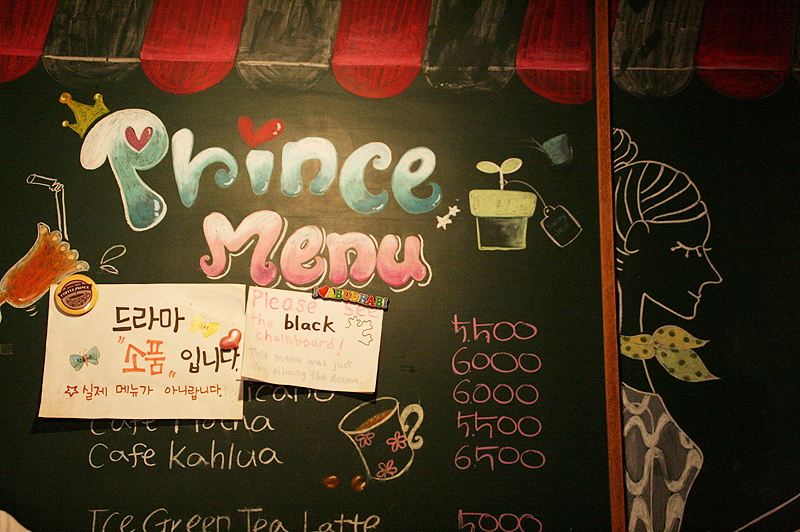 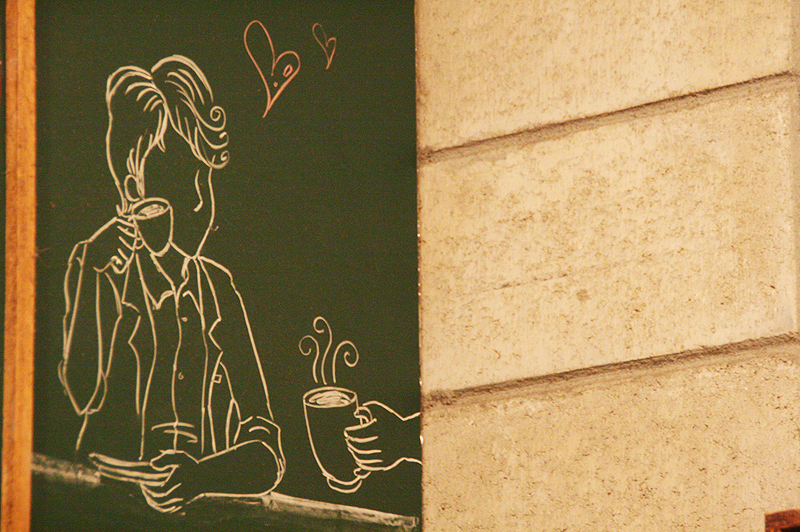 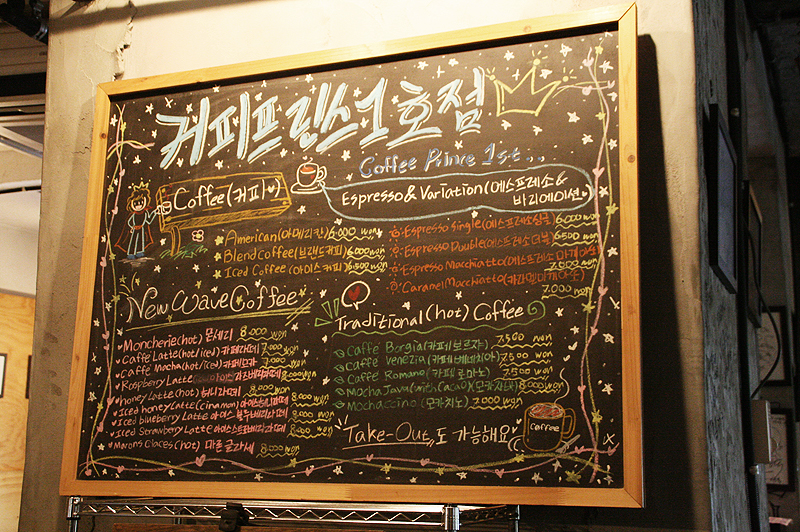 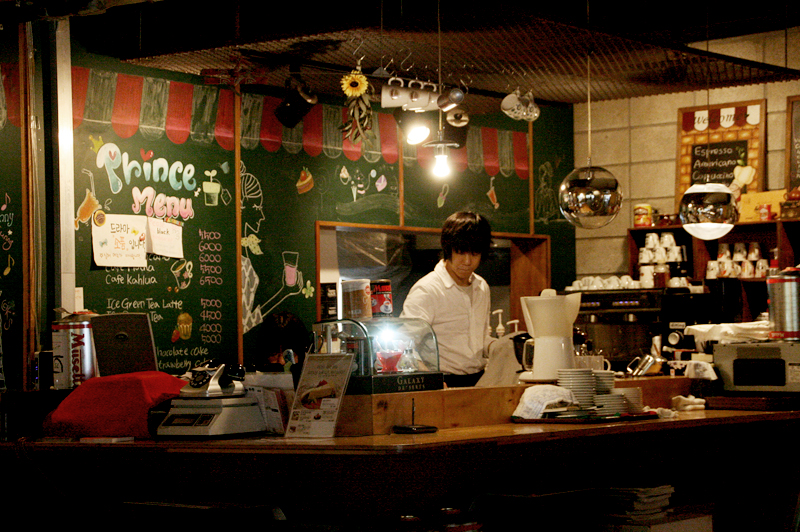 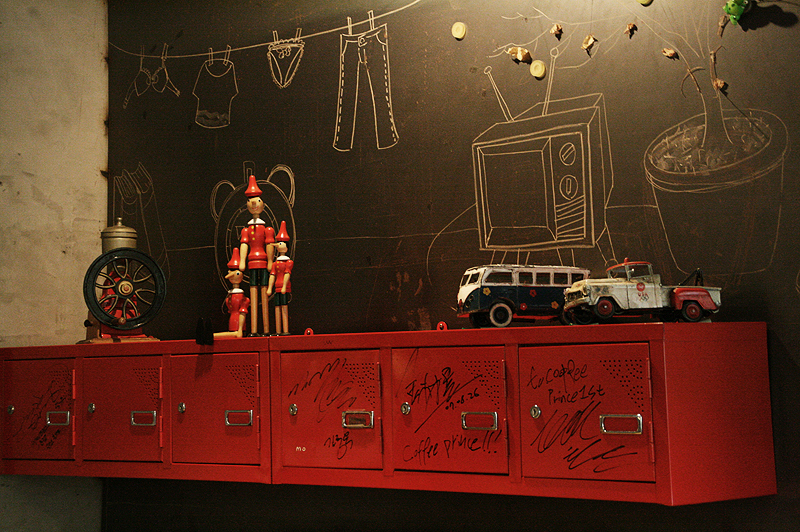 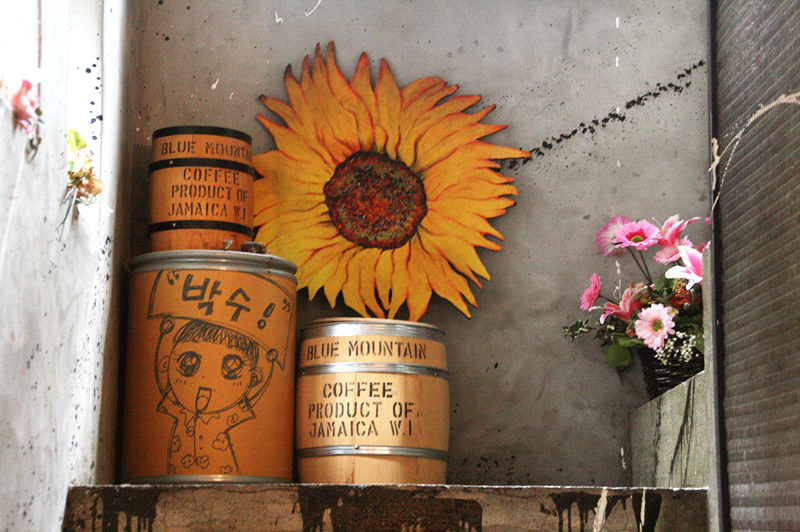 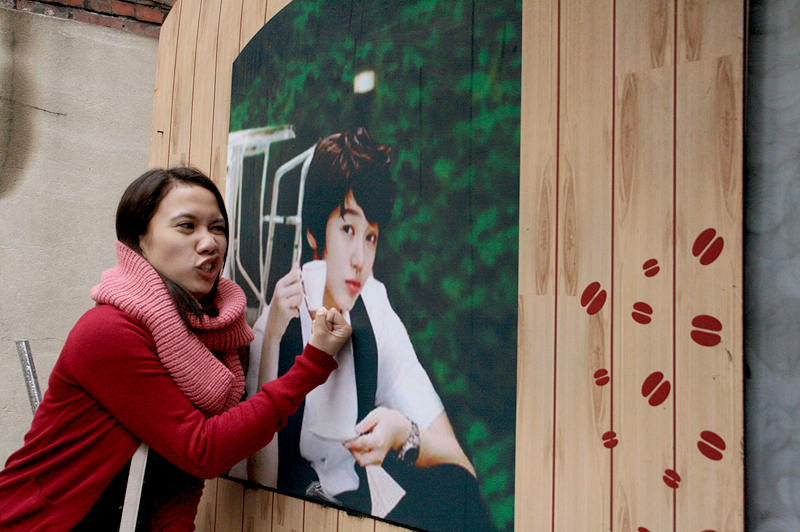 After drinking our coffee and taking as many photos as possible, we had to leave! I didn’t want to, of course, but there were other places to visit. But I couldn’t leave without my photo op with Yoon EunHye, okay.

We went back to the subway station since we had to go to our next destination: Myeongdong! Again, I can’t remember if we transferred lines and what station we went down on. All I know is that we rode the subway. Huhuhu. It’s making me sad that I am starting to forget a lot of things about our trip! I don’t think we went off at Myeongdong station. But maybe we did? I don’t know! /wailing 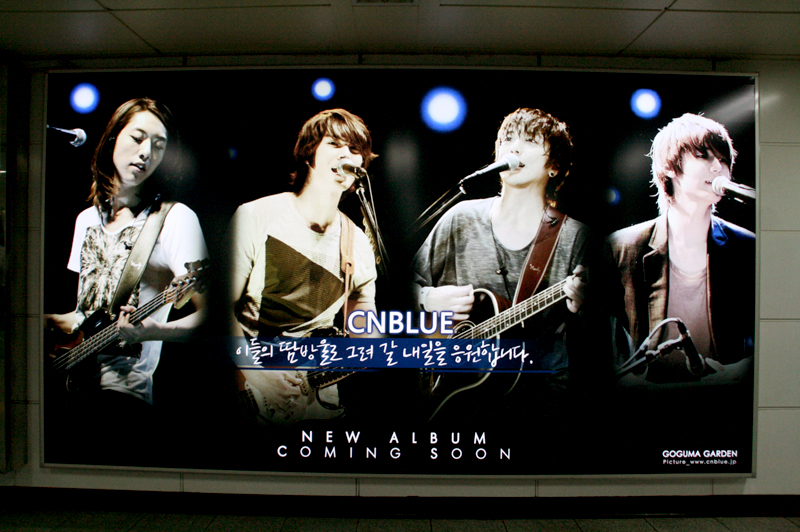 Anyway, before riding the train again, we saw this huge CNBLUE billboard! Or whatever it’s called. It’s a promotion for their newest album which was already released by that time. I almost fainted. I wanted to hug the whole thing but I’m afraid my arms weren’t (and still are not) long enough. And the best thing about it? GOGUMA GARDEN was printed at the bottom! I don’t know what it’s doing there but it made me incredibly happy okay. I don’t know what Goguma Garden is but I’m 90% sure that it’s related to the YongSeo couple. Hehe.

When we reached our destination, the station was empty. Well, not really empty but you could definitely count the number of people in the station. It was quite freaky, since most of the stores in the station were closed, too! It was a sunday so we weren’t sure if they were closed because it’s a sunday or because the weather was terrible. I really didn’t know. 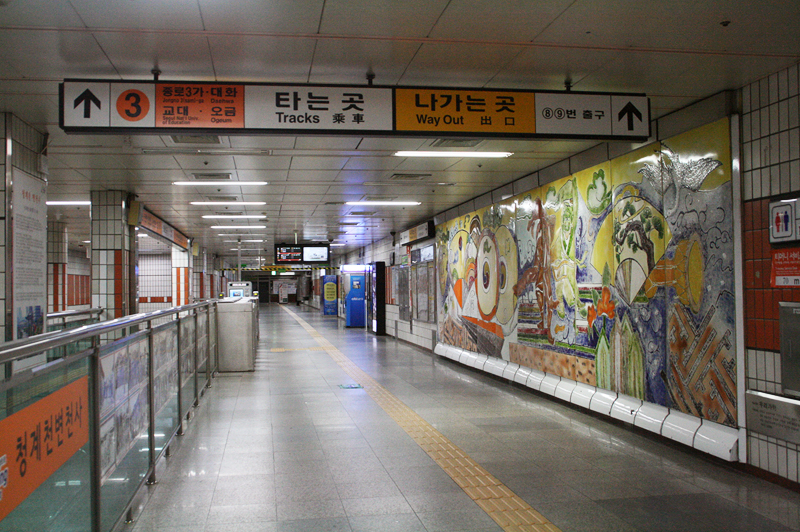 We weren’t sure where to go but after figuring it out, a pretty lady walked towards us . And did I say she’s pretty? She’s not, she’s gorgeous and we were all staring at her all googly-eyed. She asked as if we need any help with directions. We said no, but I said yes again and asked if Cheonggyecheon stream was near, it is. Then she said bye and we still couldn’t stop gushing over her gorgeousness. So pretty, really.

So we finally went on our way. It was quite late by that time and all we wanted was to sit down and eat lunch and devour some soup, maybe. When we went out of the station, the wind was definitely harsher! It was so cold and the umbrella was doing so little to protect us from the slight drizzle. My mother screamed quite a few times it was so funny. Haha.

Before heading straight into the heart of Myeongdong (shopping!), we decided to look for the Catholic church first. It was a Sunday after all. And guess what, we got lost! We ended up reaching the shopping district and we should have seen the church first. We were so tired by that time that we just ended up eating first. 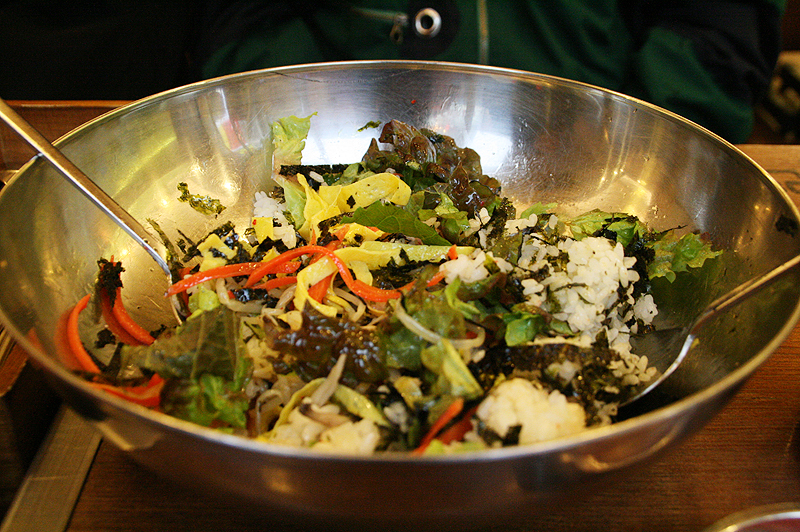 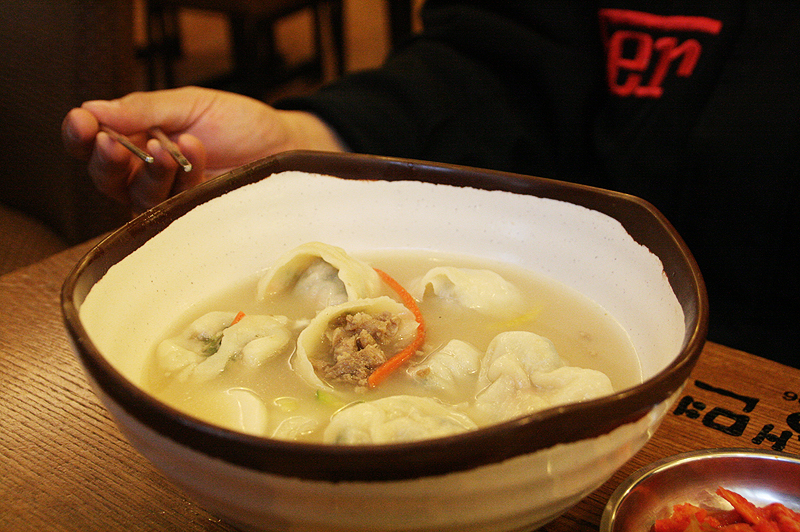 We went in this one place that specialized on bibimbap and Korean bbq! It was so good. The place is on the second floor of one of the buildings in the shopping district. I’m sorry I can’t direct you directly towards the place. All I know is that bibimbap and Korean bbq are their specialties. My mother says it’s her favorite meal from our entire trip. I am still confused which one’s my favorite so ask me next time. Haha. But I’m just really happy to finally try bibimbap. It was on top of my list of must-try Korean dishes.

I hope to post the second part of this day before the end of this week. The memories are sadly slipping away. NOOOO.