I intended to post this about two weeks ago but time didn’t allow me (obviously). I also intended to write down my thoughts for each book after reading it but I’m afraid I forgot about it, too. Or I got too lazy to do it. I intended to do a lot of things, actually, but I didn’t really put in much effort. The good thing, however, is that I managed to read five books last month. I’m keeping track of my progress in Goodreads. It’s kind of nice to see how I’ve been doing. It’s also nice that I have a goal because I usually don’t have one. Heh.

I’m just not sure if January was a good month for reading. I read some good books, but none stirred me enough. I am not really a book critic, and most of the time, I feel like I don’t really understand what I’m reading. So I just usually base my judgment on the level of enjoyment I felt when reading and how much I was affected in a good way.

I’ve watched the movie a long time ago so I pretty much forgot what happened already. It’s good that I had forgotten, though. I liked the book. Not loved it because I think it’s too short. But Neil Gaiman is Neil Gaiman and I like how it feels as if I’m just reading a fairytale. His book has this “magical tone”. I don’t really know what to call it.

I just think the book’s a little rushed. Maybe it’s because I love details and though there are details, it’s not enough (for me, anyway). A lot has happened but everything just seemed to happen too quickly. I still like it, though. I should definitely rewatch the movie. 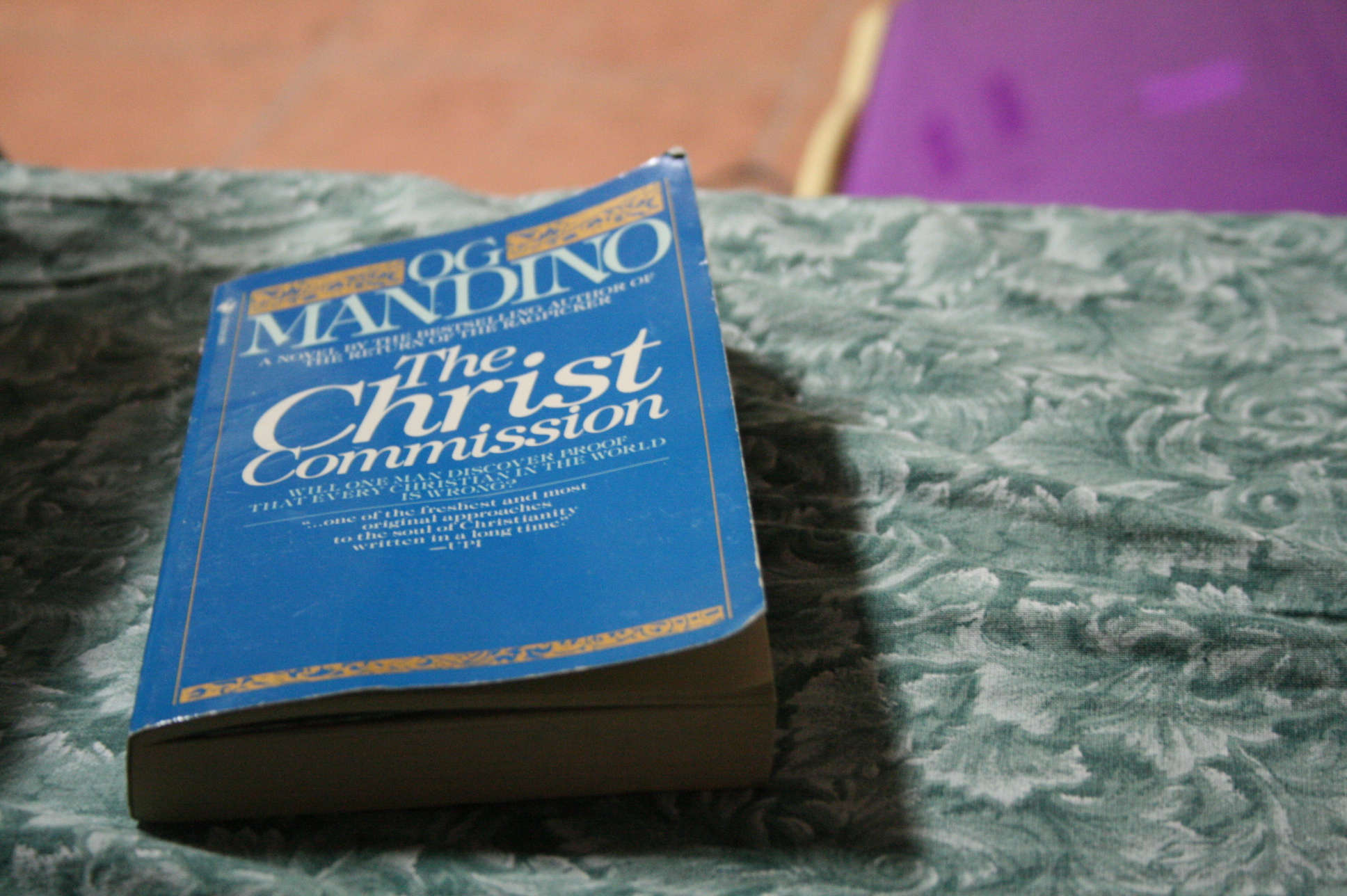 2. The Christ Commission by Og Mandino

This is such a bargain! I am so glad that I bought this book. Though I studied in a Catholic school for 12 years, I still think I don’t know enough about Jesus and what truly happened during his time. I admit I don’t read the bible as much as I’m supposed to. I am pretty clueless about things that went on during Jesus’ time. (After reading this, I decided to give Og Mandino another chance so I might read another one of his works in the next few months. I couldn’t finish this other book of his that I just cannot remember the title.)

The Christ Commission is a pretty good book. I learned quite a lot about the things I felt I should have already known. I also felt ignorant and stupid while reading this. But there are still moments that I was enlightened. Story-wise, it gives a pretty nice touch to the story of Jesus. It’s quite insightful for anyone who’d read it. There’s just so many questions answered and so many things resolved. A lot of people said this book changed their life. I don’t think I can say the same for me, though. But still, give this book a try. Read it because you want to learn more about Jesus. Read it to learn more about the history of Christians. Read it to renew your faith. Read it have your doubts (if there’s any) answered.

I thought I’d have nightmares after reading this. This is quite different from Bob Ong’s other works. Of course you can still see his humor in some parts but he brought something new to this one. I also like the format used in this book. It’s just such an easy read. Quite terrifying at times, though.

I try not to compare it to his other books but it’s impossible not to compare, okay.  I do like his novels but I think I prefer his non-fiction work.  But still, this book doesn’t disappoint. I had expectations from this book and I am glad to say that every expectation is met. 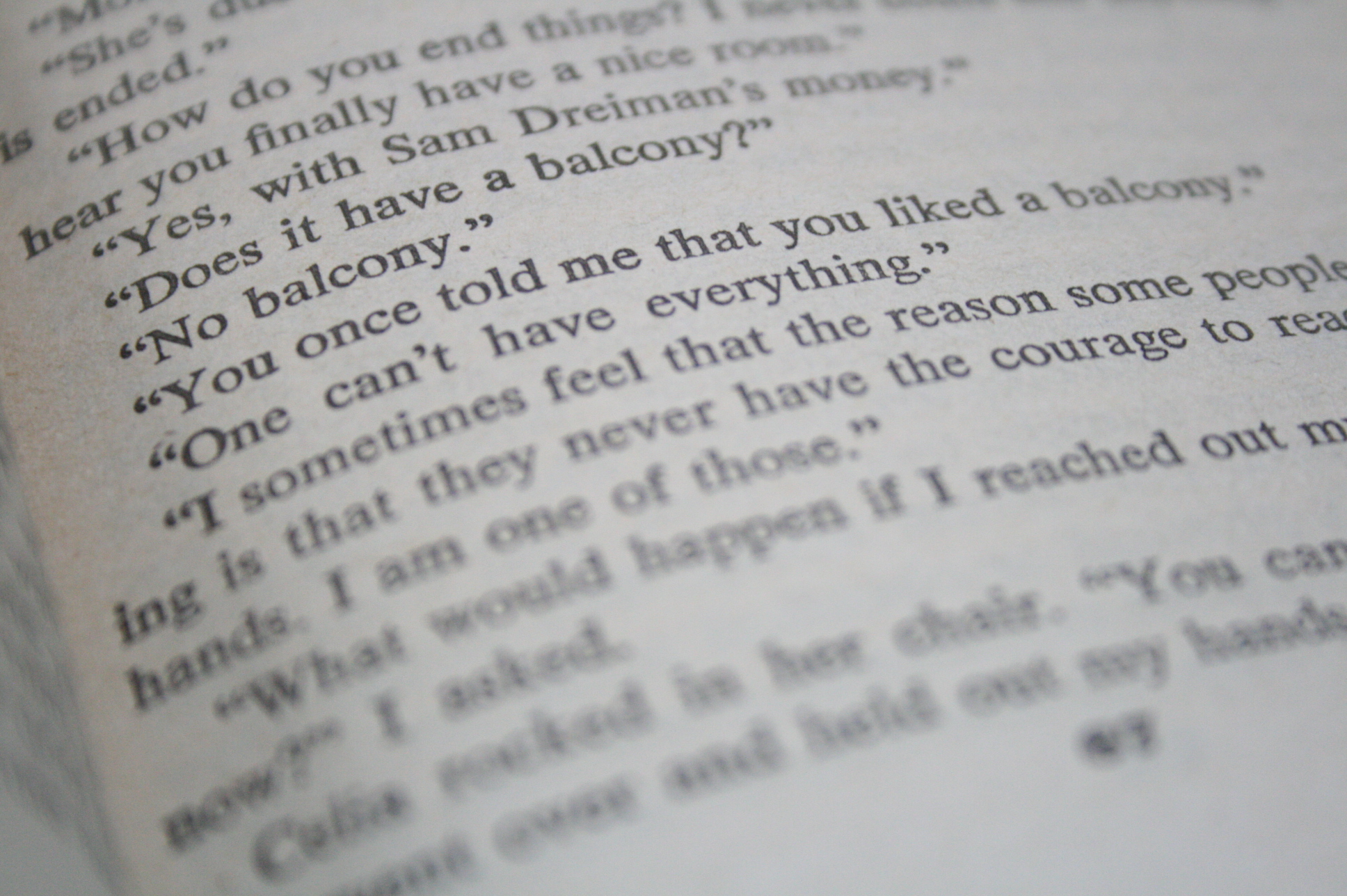 Maybe love stories aren’t for me. Every now and then I try to read a love story but they always fall short from my expectations. I don’t even try to have any expectation because I believe that expectations can only result to disappointments. I have yet to read a love story that I can truly see the depth and feel the “love” in the love story. I don’t know. I just thought the lead character’s quite a jerk too many times. Sure, he didn’t leave Shosha. But one of the characters, Betty, clearly iterated the exact reason why I do not like this novel at all. MAYBE I JUST MISSED THE WHOLE POINT.

5. Table for Two by Marla Miniano

Short stories aren’t for me either. I don’t know. I just felt empty after reading this. Don’t get me wrong. I like some of the stories in the book but the characters lack depth. I just always look for a character’s depth so I can better understand why they do the things they do. This book just made me question everything and ask ‘why’ way too many times. I got no answer in return. Sadly, there’s just no character development. Well, short stories rarely allow room for developments but there should at least be some depth.

The first story, Fresh, is the only chapter I liked. The second chapter made me want to hurl the book out of the window. I know it’s meant to teach me something (I think) but the guy’s just so annoying. I also prefer the scenes when the writer’s not attempting humor. There are scenes that (I think) are supposed to be funny but it’s just not working. The only funny enough part is the About the Author. Funny how that’s the only thing that I could praise in this book. I feel quite bad for writing this “review” because I’m in no position to critic a book, really. But I just can’t help feeling this way.

It’s quite hard to write a “review” when I’ve almost forgotten more than half of what I’ve felt after reading or while reading the books. But for now, this will do.