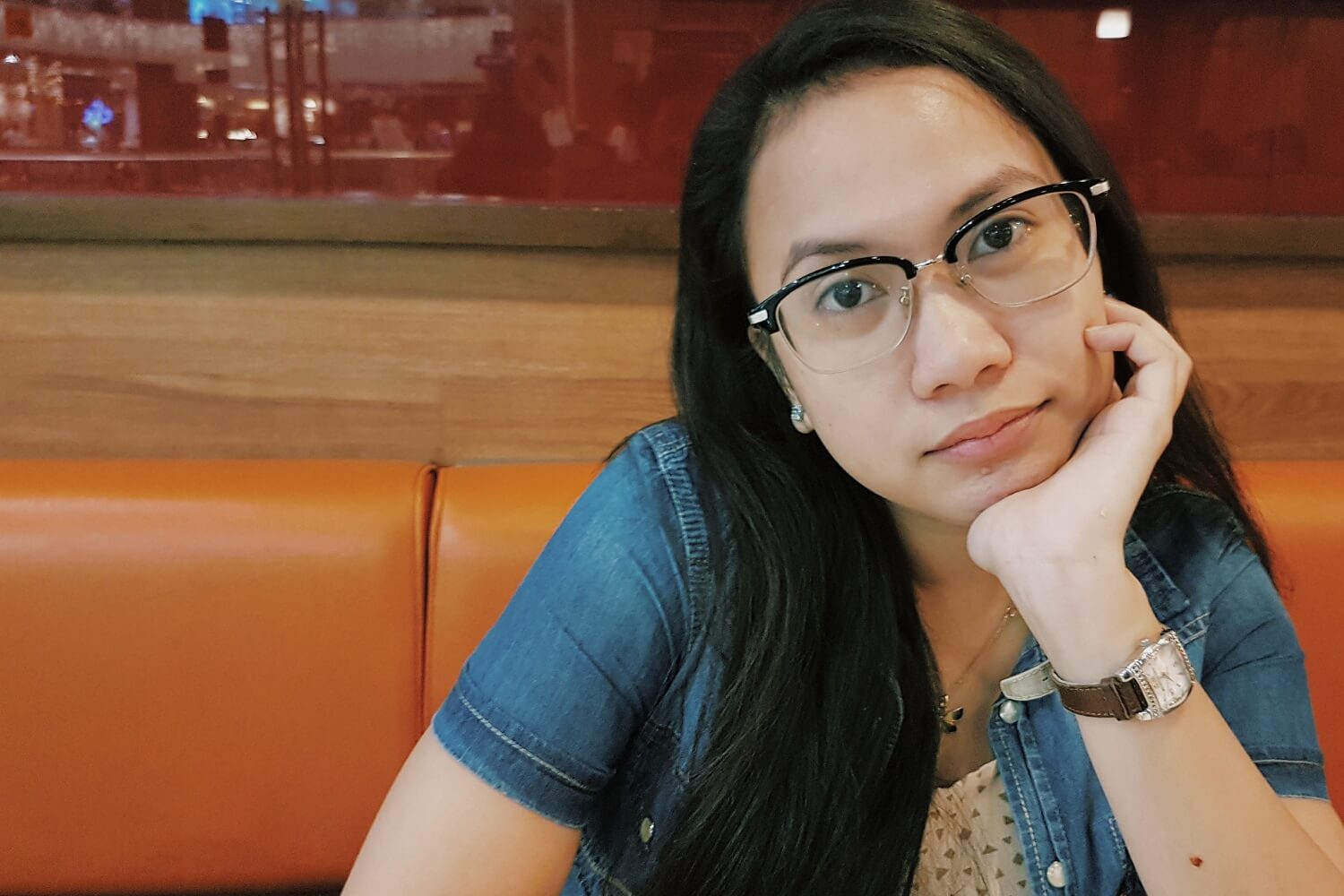 2017 came and went, and I only managed to blog nine times. Can you believe it? I couldn’t even post at least once a month.

I started writing a post on the last day of the year, but I didn’t even finish it before my mind drifted off elsewhere. It wasn’t my best blogging year. And to be honest, it wasn’t the best year in general.

I tried a couple of times to keep the blog active, but soon enough, I ended up not posting anything for months at a time. There was rarely anything particularly exciting or something I felt the urge to write about. I didn’t want to talk about work nor did I have the energy to write about it. There were days when I felt like nothing’s really working for me, but I pulled through anyway.

Honestly, I contemplated on whether to write a year-end post or to blog about my 2018 goals. I wasn’t in the best spirit last year, and I don’t want to fool my readers in thinking that I’m having the best life. I could try and pretend to be optimistic, but I wasn’t feeling it. So many things happened in 2017 that really made me lose motivation to work, socialize, blog, and do pretty much everything. I just didn’t feel like doing the things that used to spark joy in me. There were times when I didn’t really want to meet with old friends, because I didn’t want to burden them with my thoughts. There was a point when I really thought that nothing particularly interesting or good was going on for me and I was better off spending time alone. At one point, a friend even told me that I seemed to be angry all the time. I think at one point I became a toxic person, so I’d rather not socialize.

I didn’t want to talk about the previous year.

Then with no warning nor explanation, my mood picked up by the end of the year. For the first time in what felt like a long time, the holiday cheer was contagious. I felt like I was once again back to my old cheerful self. Being in the presence of my family, friends and Alex definitely helped me recover. I guess we just really need to brood, wallow, and detach from time to time. I am forever grateful to Alex who had to endure a year of my rants and ramblings about the most mundane things.

I want to say something positive or motivational, but I know I’ll only be saying it half-heartedly. So I’ll say it this way instead.

I hope 2018 will be better. I’m not sure how, and I’m not sure if it’s possible. But I really hope that things will get better.

It sounds incredibly dramatic, but I really mean it. I think it’s perfectly okay to feel a little lost and even a little hopeless sometimes. I’m not lacking a direction, I just need a little breather. Maybe this year I will find my footing, and if I won’t, then there’s also nothing wrong with that. I’m starting to accept that I’m not in a race, and I don’t have to rush myself. 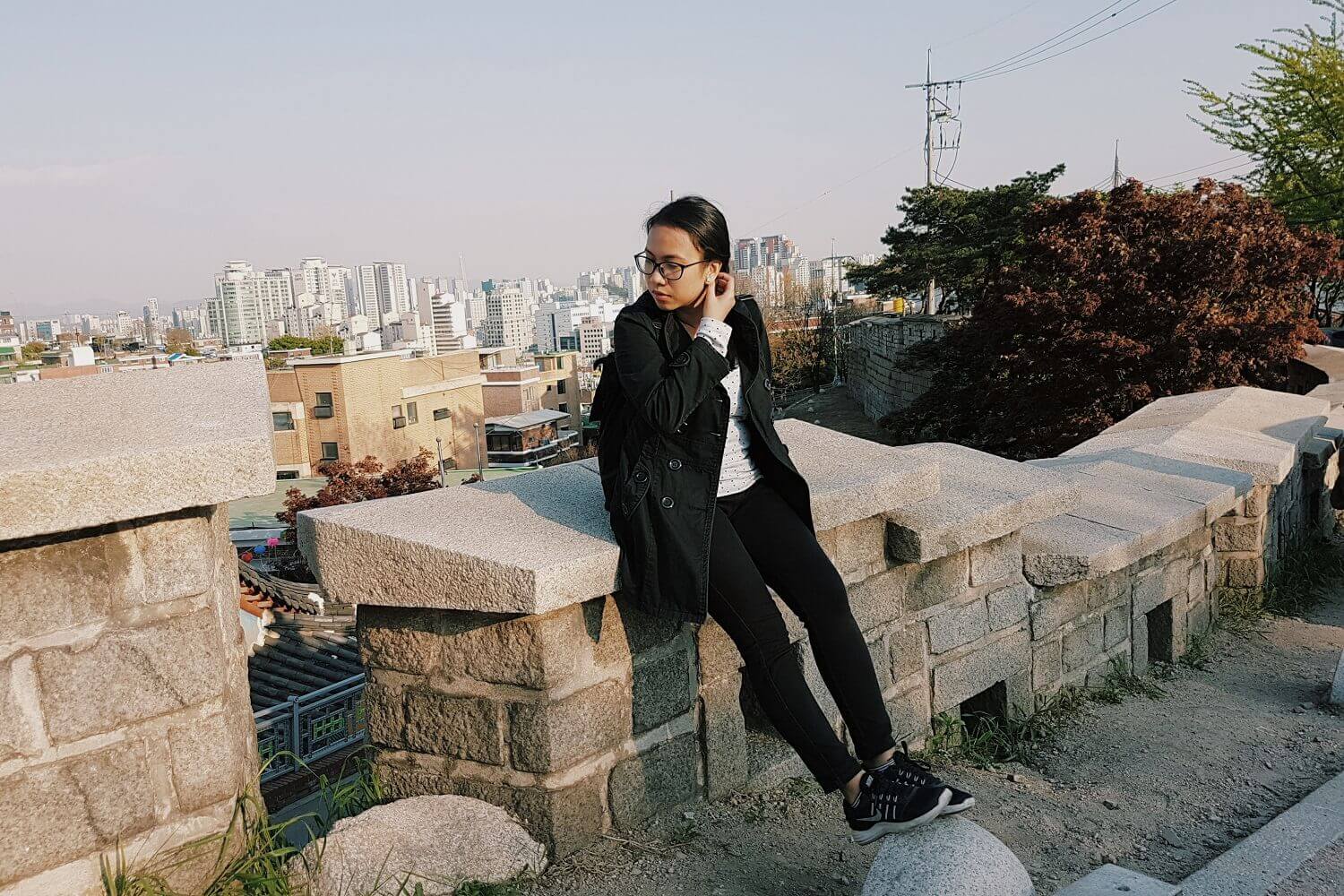 Before sunset at Naksan Park

Though it may sound like 2017 was the worst year ever, it actually wasn’t. Far from it, actually, because there were still tons of pretty amazing things that happened last year. Some I blogged about, some I didn’t.

I also made a lot of new friends, though I did say goodbye to some. There were a lot of physical changes, too. I went back to having waist-length hair, and I also gained a lot of weight. I’m still thinking if I should keep the long hair, but I’m definitely aiming to shed off a couple of pounds.

What I regret most was not traveling enough. After my impromptu trip to Korea last April, I didn’t travel at all. I’m not exactly sure how that came to happen, but I just ended up being locked at home every weekend. It lead me to reading tons of books and watching a bunch of movies. If you’ll ask me what I did on a random weekend, I am 80% sure that I spent it in bed, with my books, dramas, and movies. I hope 2018 will provide more opportunity for me to travel because I’m itching to be back on the road.

The second thing I regret the most was missing out on Jaejoong’s and Nam JooHyuk’s fan meetings during the last quarter of 2017. Do you know how long I have waited for a TVXQ member, ex or not, to hold a concert or fanmeeting in the Philippines? FOURTEEN FREAKING YEARS. It still feels painful when I think about it. If another fangirling chance comes this year, I hope I wouldn’t miss it. Or I’ll throw a fit.

As for blogging, I would like to keep it going for as long as possible. It has always been therapeutic for me. It has always been my outlet, ever since I discovered it one summer when I was 13. Blogging has completely changed over the past couple of years. Even though taking the commercial route seems to be the most obvious choice, I’d like to keep it as personal as possible.

I don’t have a long list of goals for this year. And for the things that I would actually want to try, I’d rather keep it to myself, or I’d have it written on some piece of paper. I do have some mini goals, which I try to keep as realistic as possible:

This year, I would like do things that scare me. I have a couple of of things I want to try, and just thinking about it is enough to give me a little panic attack. When I start worrying about failing, I will remind myself of the first episode of This Life is Our First and what they said about life.

It’s okay to live life making mistakes and to live it differently from others. After all, we’re going through it for the first time. There’s no repeat performance. I wouldn’t go through my 27th year again, nor would I like to live through my 20s the second time. This life is our first, and no one really gets it right at their first shot. I doubt anyone will really have it all figured it out, so I shouldn’t be too pressured about it.

Just one week into the new year, and it definitely seems like things are looking up. Hopefully, 2018 will be better. I cannot claim it, but I can definitely hope.