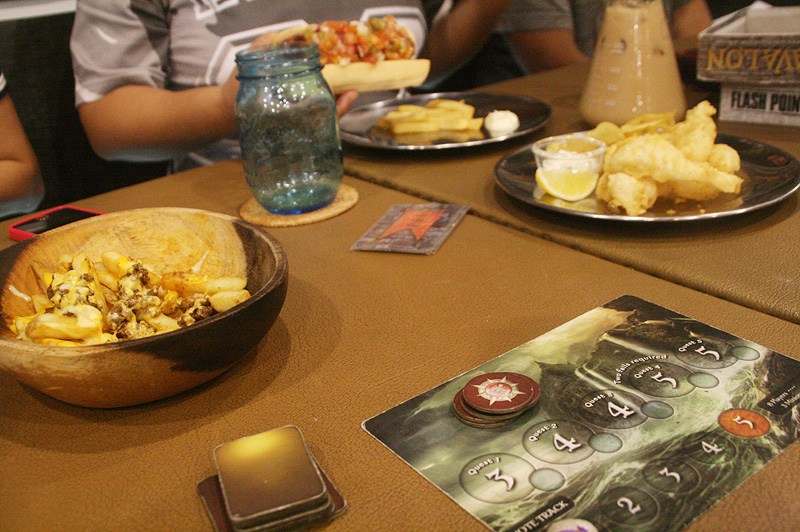 You know you found worthwhile friends when you can spend six hours together just playing board games. Last Saturday, my officemates and I headed to Dyce ‘N Dyne, a steampunk-themed board game café in Kapitolyo, for a full day of food and games.

I thought I would collapse and fall asleep, because we went straight from the office. However, we were too busy having fun and fighting and arguing and being all competitive to be sleepy. I learned so many new games that day!

As a kid, the only board games I played religiously were Dama, Chess, Scrabble and Snake & Ladders. The only time I got to play Monopoly was during Intramurals in school. It seems a bit silly that I end up enjoying and learning more games just when I reached my 25th year. But there’s nothing wrong with that, right?

Though it does sound extremely geeky to play board games all day on a Saturday, I’d do it again in a heartbeat. Also, 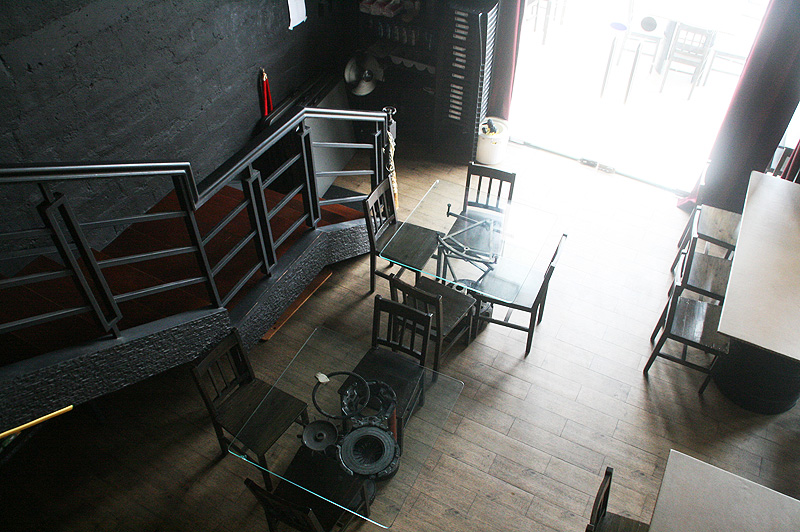 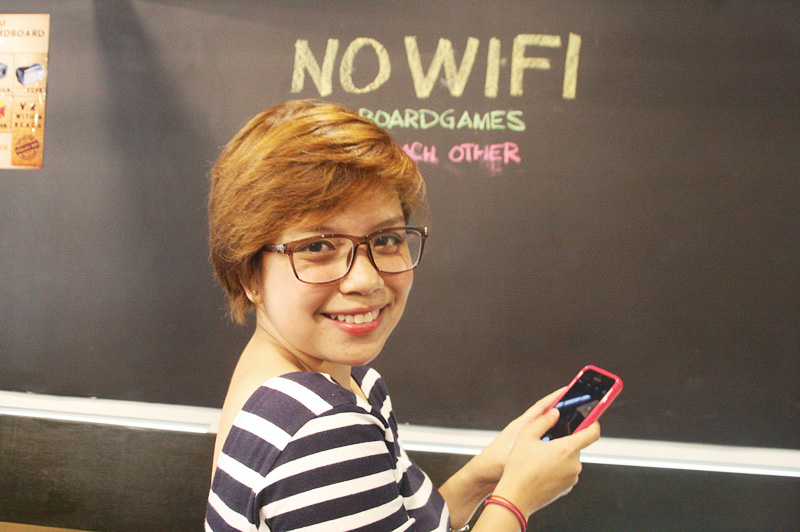 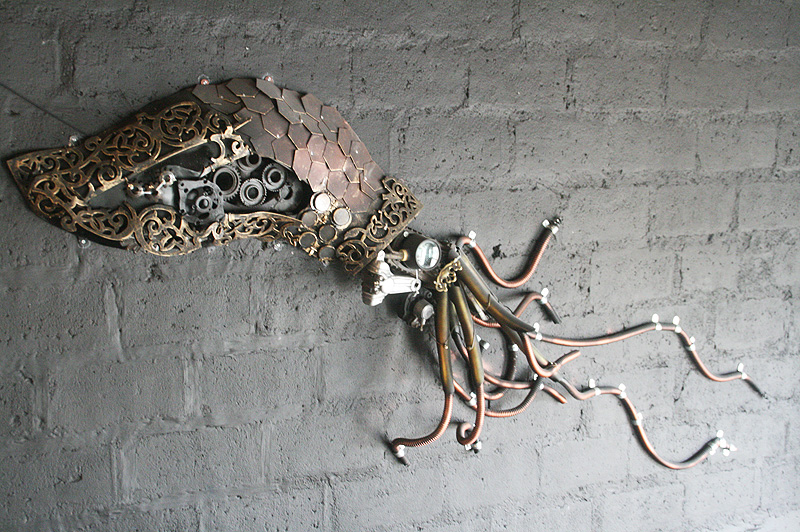 We arrived at Dyce N Dyne at a little past 11 A.M., and we were only the second group there. We spent a lot of time gawking at the place and choosing which board games to play.  Of course we chose Avalon, which we play regularly at the office. Cards Against Humanity was the first one we played, though.

They also sell toys and board games, and if I were rich I would have bought my own Cards Against Humanity and Dixit! Though I’m not exactly sure who to play it with besides my officemates now, board games are great ice breakers. For someone like me who finds interacting with new people excruciating and awkward, board games are lifesavers! 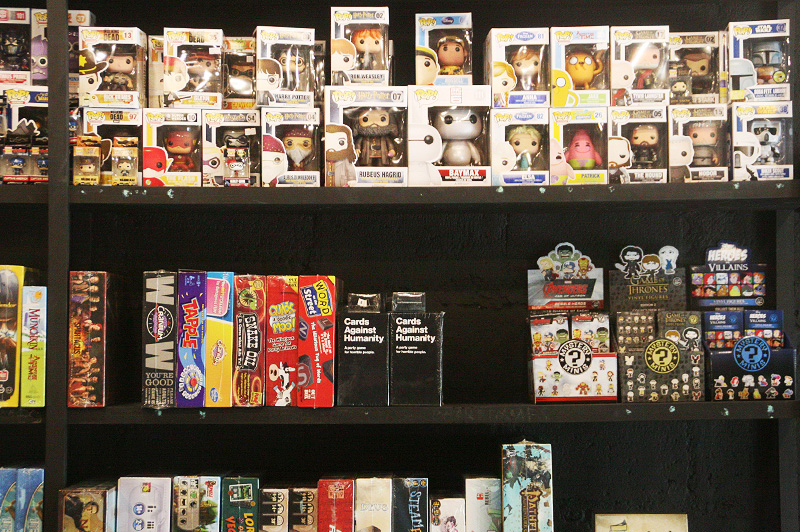 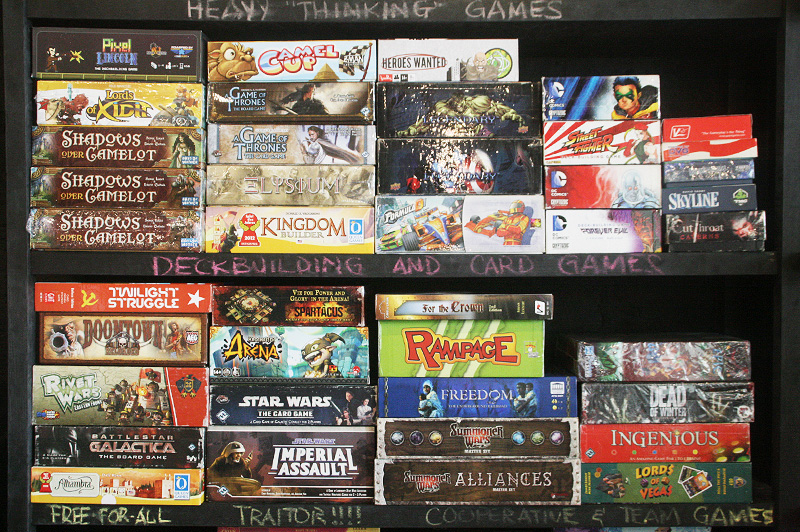 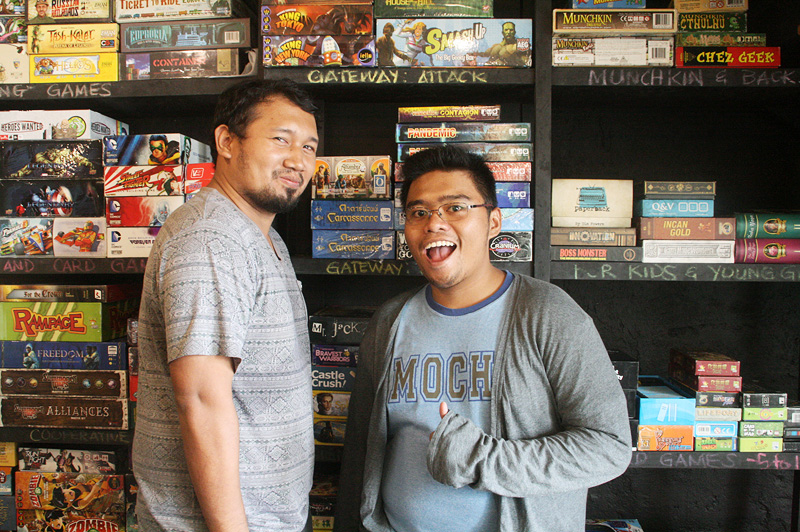 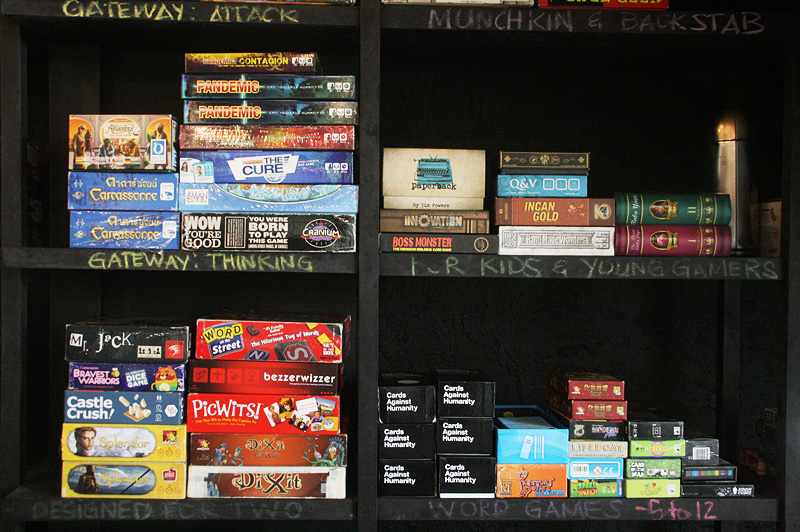 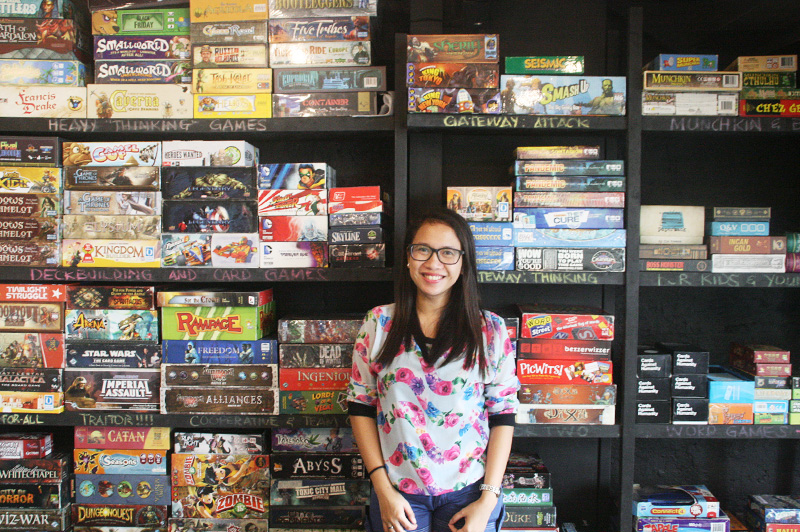 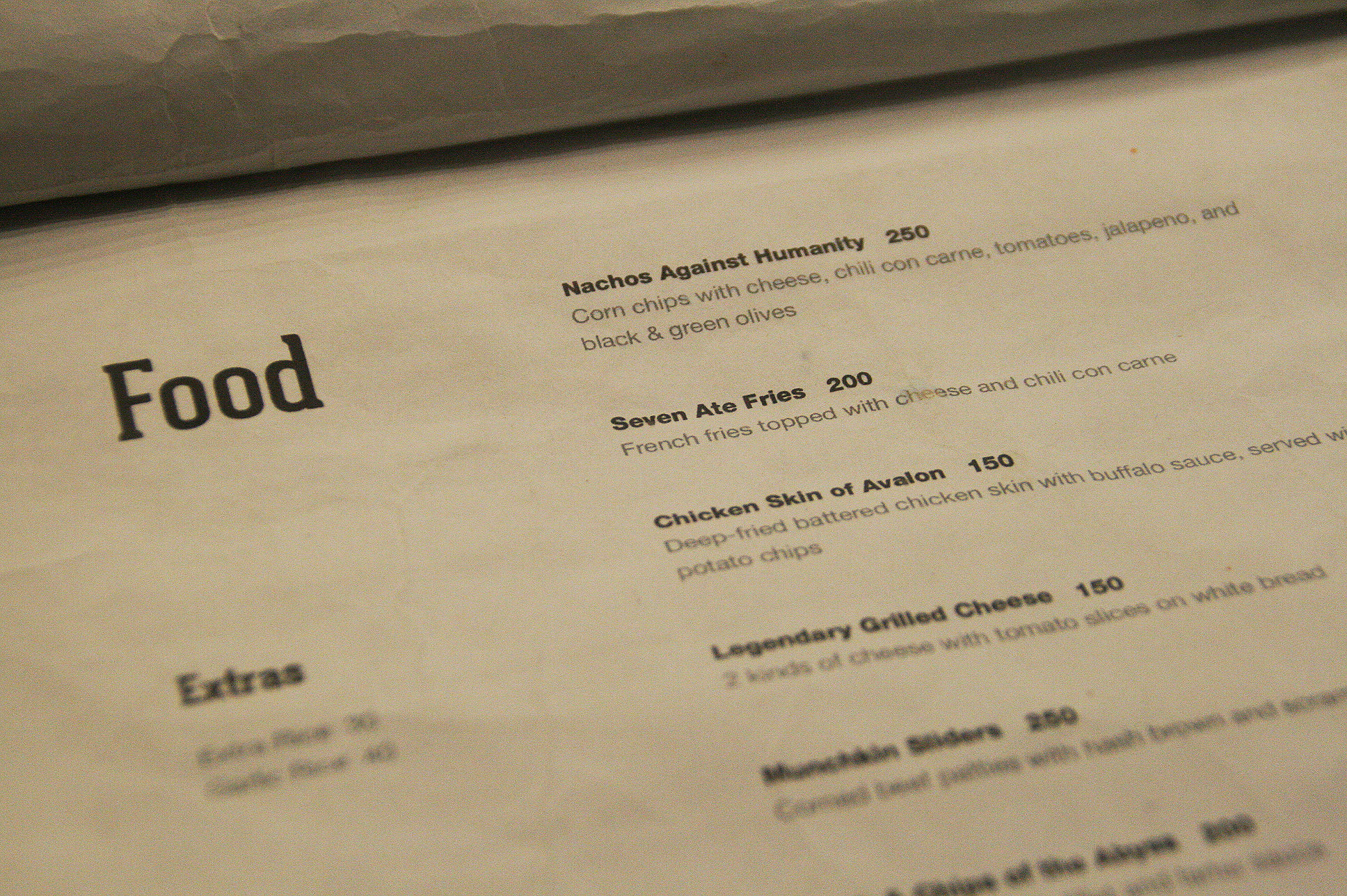 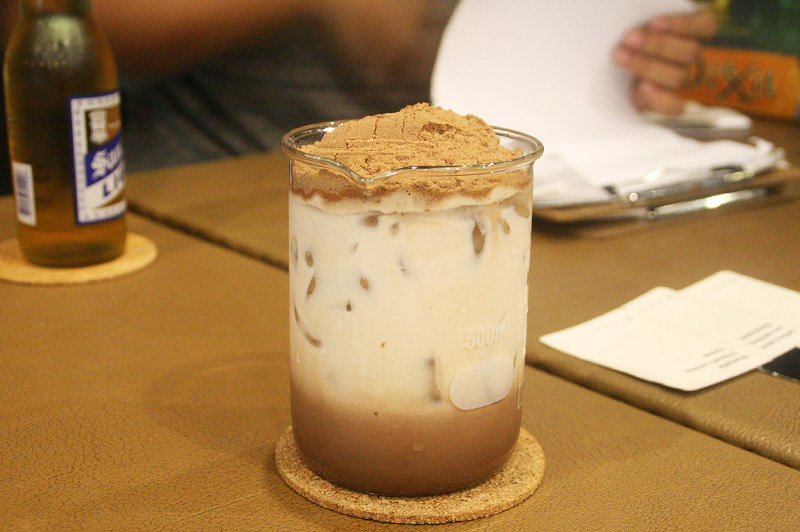 They also serve yummy drinks and food, and I bought a large Milo Dinosaur for myself. I chugged it down way too quickly! I planned to drink it for five hours (don’t judge me), but it took me only a game of Avalon before I managed to finish it.

Speaking of Avalon (The Resistance), I enjoy playing the game so much, but I’m awful at it. I’m pretty good at fooling people, but not at this game!

Basically, it’s the battle between good and evil. The bad guys know the other bad guys, and the good guys are left in the dark. The goal is for the good guys to win every quest, but the bad guys make sure to trump that objective. For some reason, I’m always suspected to be evil or made out to be evil (by the evil folks!) even when I’m one of the good guys. There must be something on my face that spells evil. Also, I cannot, for the life of me, ever distinguish who’s good and who’s evil.

The bottomline is, I’m just not good at Avalon. I love the game, but the feeling isn’t mutual. 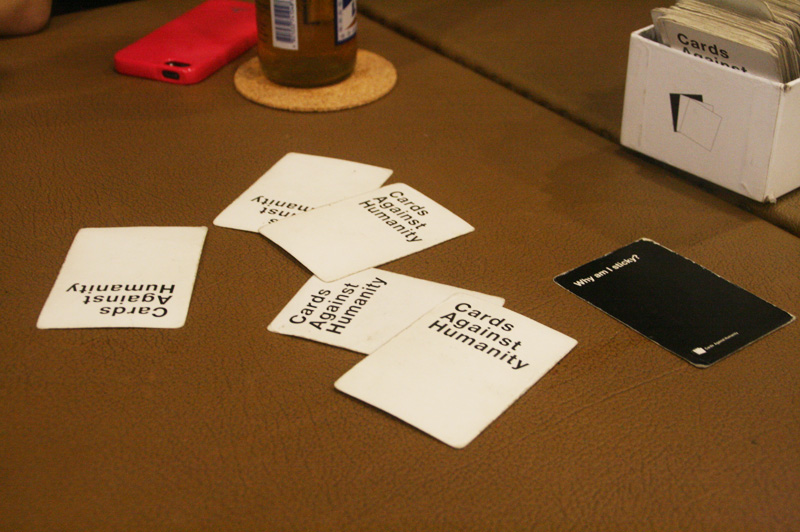 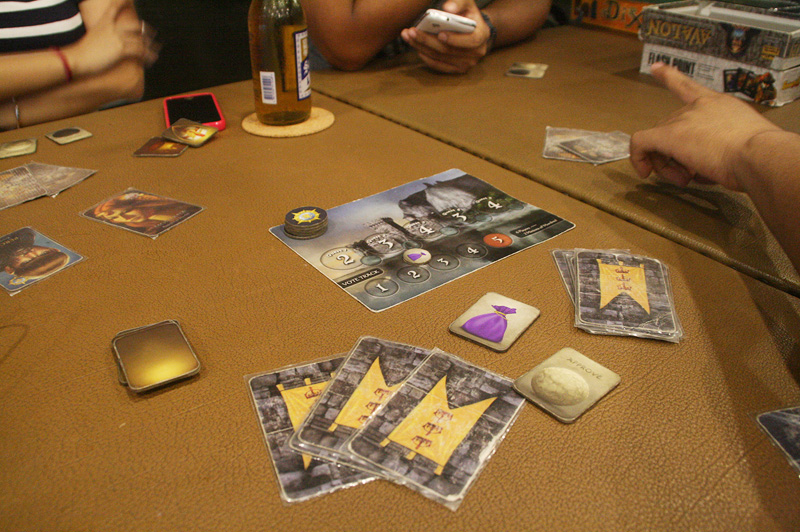 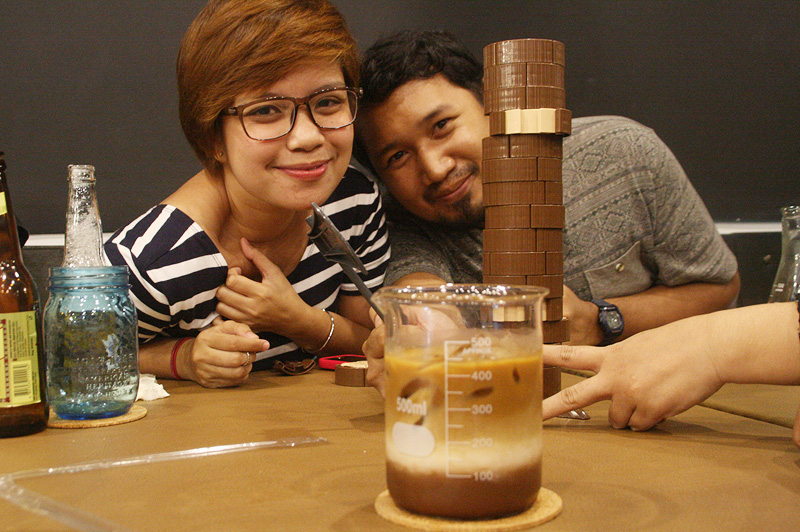 Aside from Avalon and Cards Against Humanity, we also played Spyfall, Dixit, and that Jenga-like game! I can’t believe I forgot the name! Oh well.

My officemates often play Spyfall in the office but I never joined in. I now understand why—I’m bad at it. Spyfall caused me palpitations and mini panic attacks. For some reason, I kept playing the spy! I do not wish to play that game again for fear of being a spy and getting caught. I’m just awful at it. One time, I even just gave up and admitted the spy because the tension killed me. 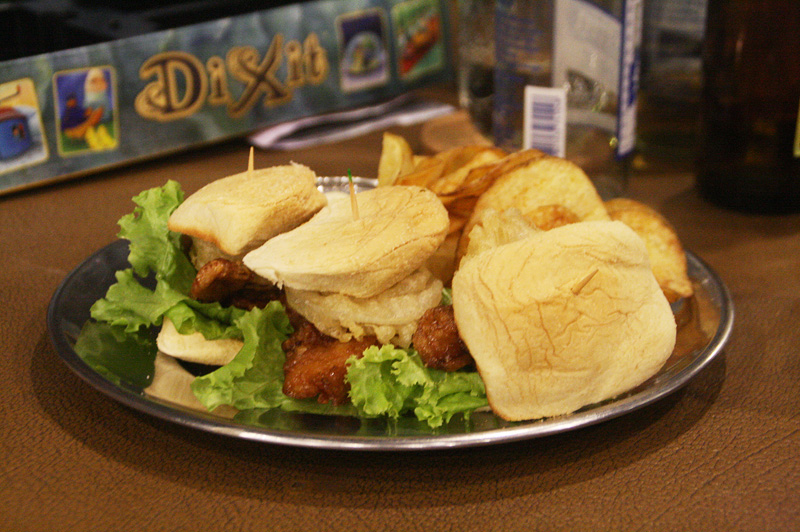 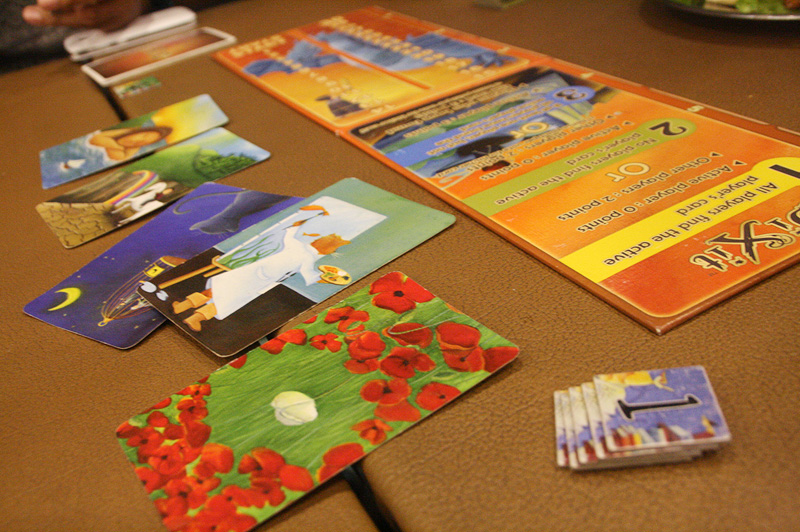 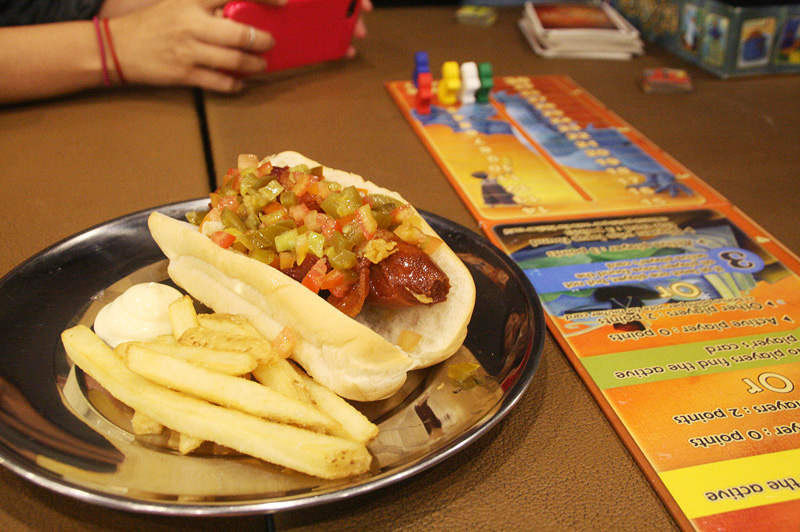 As for Dixit (and my bootlegger hotdog sandwich), I love it! I’m not good at it, too. (Basically, I’m not good at anything.) But I enjoy Dixit and I imagine it’s the kind of game I would have loved as a kid. It really works up your imagination, while still being competitive and rational. The illustrations on the cards are really pretty, too.

Now I wish I own one! 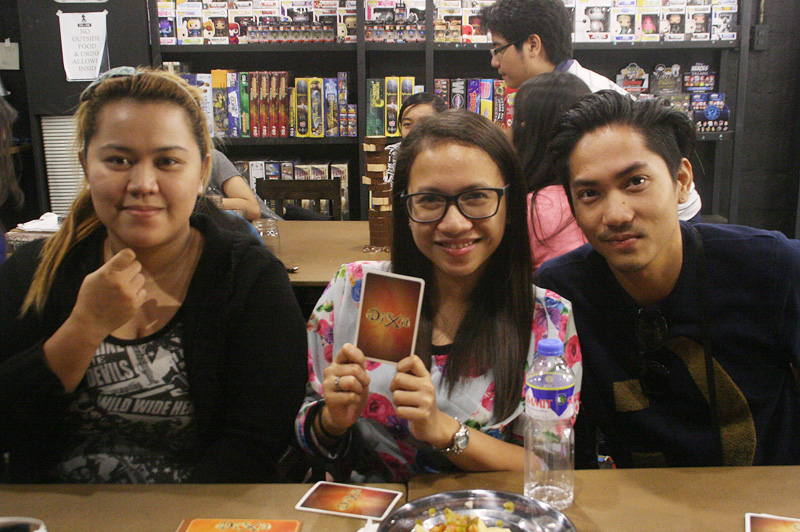 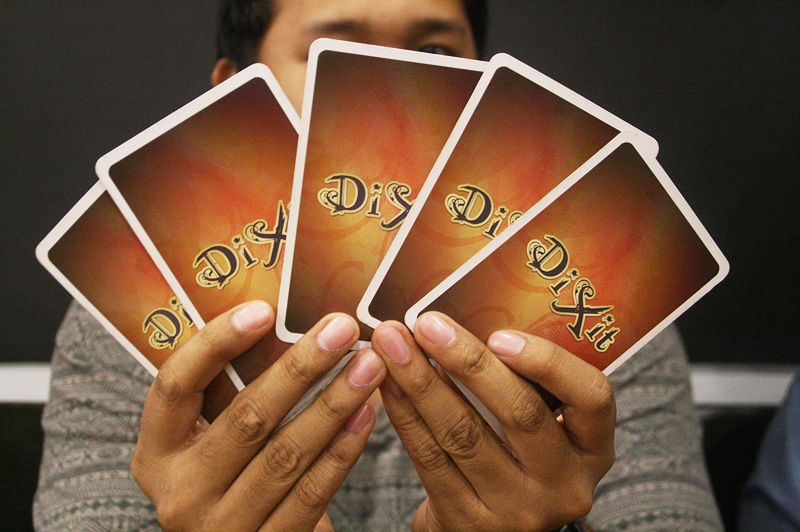 Kapitolyo is a bit far from me, but I don’t mind going back to Dyce N Dyne if it means having another great time with these folks and learning and playing more games. Good thing there are other board game cafes in Metro Manila that are nearer Makati, so yes, I might as well try those, too.