Though June 2 is a day that’s incredibly important in my life (heh), I can barely remember the days before that, or after. But this year, I made sure to remember the my pre-birthday. It’s a sad day, because come on, who’s truly happy getting a year older? Not me.

So on June 1 of this year, I took a leave from work and promised to celebrate being 21. Because I really didn’t want to grow old and I didn’t want to waste my youth stuck at work. Haha! But other than that, I just really needed a break from all the stress of writing about the same topic everyday. /sigh So what did I do, you ask? I dated myself!

I started my day by not setting my phone on alarm! Ha! The first thing I did was watch King 2 Hearts because what do you really expect me to do on a vacation besides watch a Kdrama. Hehe. But of course I didn’t spend the entire day just doing that. After watching the last episode (I was broken-hearted! HUHU), I had to get ready since I had the entire day planned out. 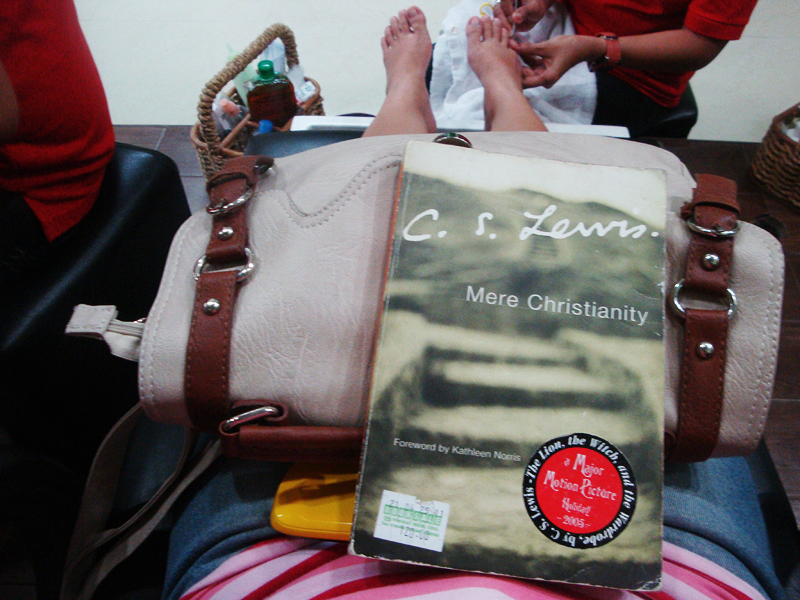 I decided to pamper myself and had a pedicure! I also wanted to have a manicure but I was also sadly running on a budget. Heh. I also planned to finish reading Mere Christianity but that didn’t happen. I actually only finished last saturday. What is a slow reader. (Me.)

After the quick pedi, I was already so hungry! I wanted to eat somewhere I’ve never tried before so I was thinking either Sbarro (ang loser ko lang!) or Banapple. But I don’t know where Sbarro is in Glorietta and I also got to lazy to have a stop-over at Ayala Triangle for Banapple.

When I reached Glorietta, I couldn’t find a good place to eat! I was too lazy to go to Greenbelt. Ha! So I ended up eating at Greenwich because I’m a bit in love with their lasagna and I hadn’t had some for so long. It was a sad lunch and I was still hungry so I ended up buying a sour cream pretzel from Auntie Anne’s. What is hungry. (Me.) And oh, a chocolate frosty from Wendy’s. I had a lot of stop overs.

I had to eat quickly since I had a movie to see! And yes, I finally watched a movie by myself for the first time! I saw Snow White and the Huntsman and the place was packed! I was actually shocked since it was a friday, not a holiday, and only 2:30PM. But the cinema was almost full. I ended up sitting next to this old couple who kept calling the evil queen salbahe. Haha. It was cute, really. 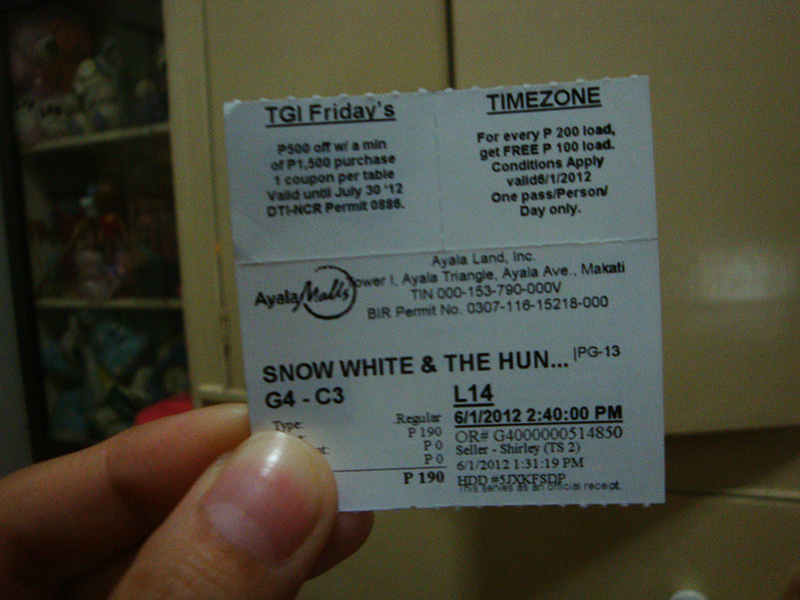 I enjoyed the movie because Chris Hemsworth is really good-looking and Charlize Theron is stunning. But Kristen Stewart should really do something about her acting! She’s pretty and all but what’s up with her expression? But I still think she’s pretty, though.

After the movie, I wanted to go shopping but I spent quite a lot already. I decided to go home by walking because I know I needed the exercise. Haha. On my way home, I passed by the office, hoping not to see anyone I know. But I did end up seeing some officemates. Ha. Also, I learned about a big surprise that day! It was the best birthday gift, really. Haha.

To end the perfect day, I went to Mont Albo to try their Hilot! I actually had a schedule for 6PM. See? I was so prepared. Hehe. It’s definitely one of the best massages I ever had and I’d definitely come back again. Maybe next year, on June 1. Hahaha.

I officially went bankrupt that day but it was worth it! I did a lot of things for the first time, and I’m planning on doing it every year. At least I have something to look forward to. I know it’s impossible to do it on my birthday so I’ll just do it the day before I turn a year old.

My mother thinks it’s silly that I chose to spend it alone when other people want to spend their special day with a lot of people. I don’t know. I’ve always enjoyed being alone. I don’t hate walking and eating and doing stuff alone. I am actually quite used to it. There are days (like so many days) that I wish to just spend it by myself, where my time isn’t tied to anyone else. I’m so excited to do it again! I don’t know. I don’t want to wait another year to try it again, but we’ll see.

I think I’m supposed to wrap up this post with an well-thought out realization but I can’t think of any. So I’ll just leave it here.