Just because I’m not on Team Damon doesn’t mean I can’t fangirl over Ian Somerhalder. Ha! Unless you’re hiding under some rock, you probably know that Ian visited the Philippines this week. You also know that he was here for Penshoppe. But what you probably don’t know is that I belong in the minority, Team Stefan! Hehe. But stilllll, how can I let this opportunity pass?

So when my officemates learned that Ian would be in MOA yesterday, May 24, we started planning to go there, too. I almost didn’t want to go because of some reasons but I don’t know. I just can’t let it pass. Come on, it’s the one-half of the Salvatore brothers, I couldn’t NOT go.

And we did go! Kimpee, Ate Karen, their friend Sarah and I trooped to MOA along with hundreds more. We arrived at around 3PM and there were already so much screaming and the crowd was already so thick. We couldn’t think clearly and we were just running and went straight to the crowd. We couldn’t even pick a good location where we could see Ian better.

First, I just want you to see the crowd we had to face: 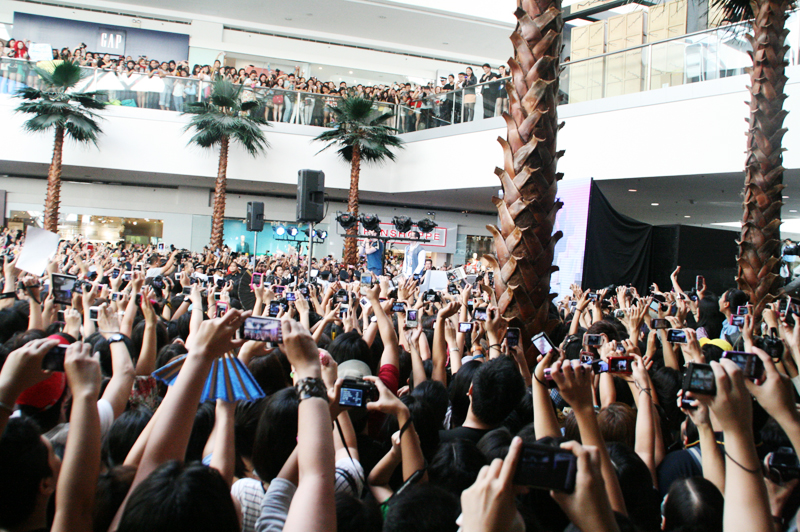 The little ones (including me!) had to exert so much effort just to see Ian. And we were pushed forward and squeezed and harassed and sweated like pigs. And I suddenly realize that I can never watch a concert while standing like that. I simply wouldn’t see the stage! When Ian came out, everyone was screaming. I couldn’t react because I couldn’t see him! I couldn’t even see the projector. I didn’t even know where he is. OMG. I hate being small. Tall people like Kimpee and Ate Karen didn’t even make much effort and clearly saw him. NOT FAIR HAHAHA. But I did see him after being pushed about 50 times. That’s when I started screaming, when I finally saw him and his grogeous face. Actually, I ended up screaming even when he still wasn’t there. I just got carried when I heard other fans screaming, okay.

Anyway, I now present to you the lousiest and blurriest photos taken that day. I had to take it all without looking at the viewfinder. I am not making an excuse for my photography skills because it’s lousy anyway. But I could at least complain that I hate my height at that very moment. Please forgive the photos with the cropped out body parts. I swear it’s not intentional! 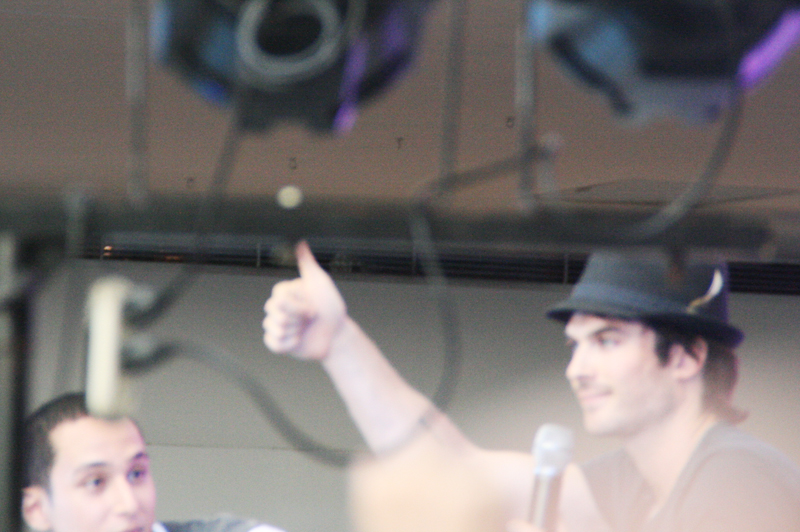 I just kept on shooting and most photos came out like that. T_T

Telling the fans not to scream so much. Hehe. Can you blame us?? 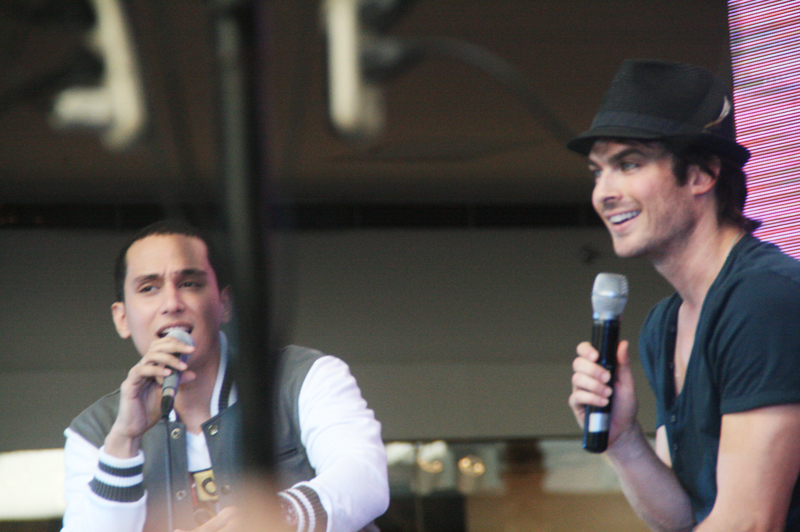 The only photo that clearly shows his face. 🙁

I intentionally focused on the arms. Really. 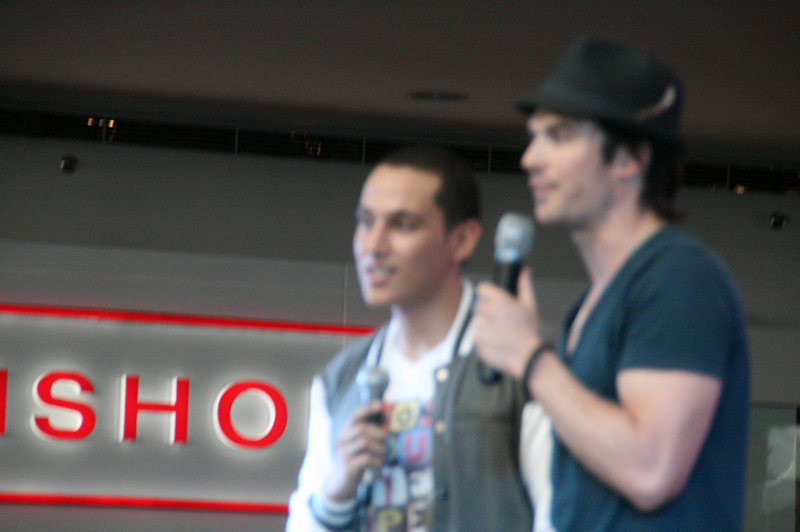 I’m so glad we went even though I couldn’t even take a single decent photo. I could barely understand a thing from the interview, and I wonder if Ian could even hear the questions. It was so loud! But I’m pretty sure he appreciated it. Just read his tweets. Heehee. I’ll probably remember this even for a long, long time since he’s the first Hollywood actor that I saw in real life. Hehe.

Waking up early and getting my feet trampled over and over again were so worth it when I saw Ian Somerhalder’s lopsided smile in real life. SOOOO worth it, okay.

I’ll end this post with an open letter to Penshoppe.

Thank you for bringing the best-looking guys to the Philippines. I think you did a really good job bring Ian here! And I’ll definitely love you forever and buy clothes from you every month and even coddle my boyfriend’s habit of buying black polo shirts from you, if you’d also get Paul Wesley as your model. Please think of us Team Stefan, too!!!!!!!

P.S. Please get CNBLUE, too. And Lee MinHo. And DBSK. Pretty please. Thanks.