I’m big on changes. I get easily used to new things but I still like trying something new every now and then. I welcome changes because they bring so many possibilities. This month, our office moved to a different building, just a few blocks away from the old one. For some reason, it’s something I actually looked forward to.

Though it has some downsides, there are actually some pretty good ones:

I cannot think past three reasons! Wow, that makes me feel lousy. I know the new office has more perks, I just haven’t thought about them yet. Heh. Also, we moved to Rada St., and I thought hard for the title of this post and that’s the only thing that came to mind. So much for creativity. 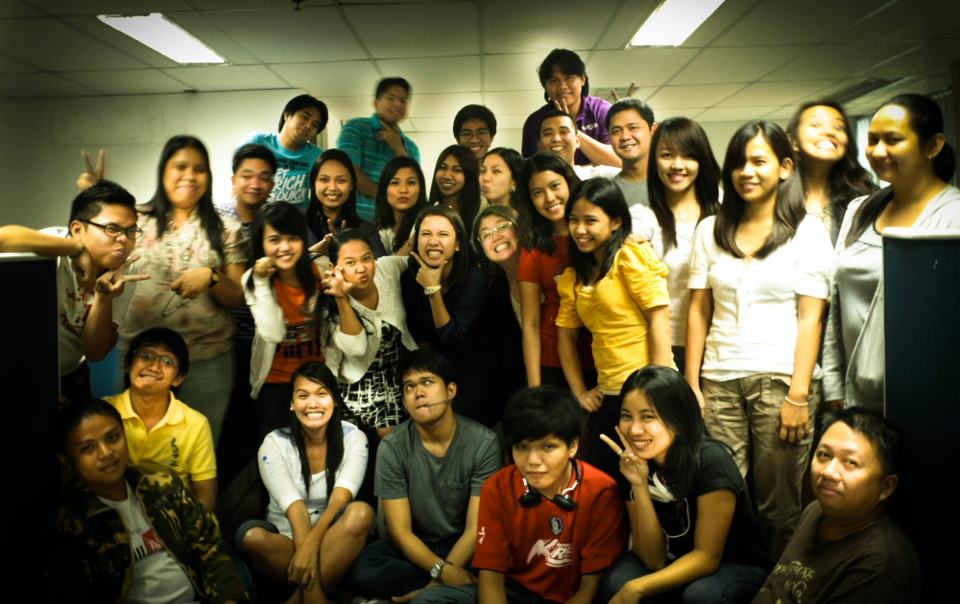 Thank you, Ate Rona, for the photo! 😀

On our last day at the old office, we had a group picture, of course. Too bad Ate Rona and Ate Anj aren’t in the picture! We took about a million shots, and I knew then that I can never be a model. Taking photos with friends can be fun but posing repeatedly can be extremely tiring, too. Good thing I’m not model-material. Ha! END_OF_DOCUMENT_TOKEN_TO_BE_REPLACED

This post is long overdue and I won’t make any apologies. Heh. I started reading a book series (let’s just call it ASOIAF) last September and I decided to have an entirely separate post dedicate to that series. I am exciteeeeeed.

I had a lot of free time last month but I’m afraid that most of that free time didn’t really go to reading. I saw a lot of Alex (which is really good), and I’ve been busy with my other blog (which is also good). For some reason, I feel better when I get to do a lot of things. Reading books make me happy but there are other things that make me happy. Like Asian movies, drama series and reality cooking shows. That only proves how boring I am. Heh.

Last month, I only read two books that’s not part of ASOIAF. That means I’ll only be writing two book rants. WAHA. Gah, I’m such a lazy blogger. 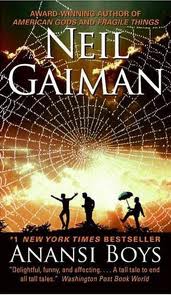 The Anansi Boys by Neil Gaiman

Gaiman creates this simple male characters and turns them into a someone. Wait, that probably doesn’t make sense. What I mean is that I have noticed how most of his male protagonists are quiet, simple, and under-achievers. They don’t really stick out in a crowd but Gaiman puts them in a situation where they rise from the occasion and proves that they are worth their adventures.

Anansi Boys isn’t one of his best book, in my opinion anyway. This is a sequel to American Gods but I still prefer AG. The humor that made me love American Gods is still here, though. I love Fat Charlie. I love it when Fat Charlie gets infuriated, I think it’s adorable. I love how he seems so disoriented all the time because of his brother, Spider. I found myself laughing out loud because of the silly situations Fat Charlie finds himself in.

It’s quite amazing how Fat Charlie starts to be more at ease with himself when he finds something he’s good at, something that he actually likes. (I got a little jealous because I know what I like but I’m not exactly good at it. Moving on…) He eventually conquers all his inhibitions and lives a life that actually makes sense to him.

I cannot really point out what’s missing with Anansi Boys.  Gaiman established the story rather well, and most of the characters are likable. I guess I just can’t stop comparing it to American Gods. American Gods is one of my favorite books, and I guess Anansi Boys just didn’t live up to my expectations. It’s still a really good book, though. I’d recommend it to anyone who likes fantasy with a touch of humor.

This is a Crazy Planets by Lourd de Veyra

I occasionally read Lourd’s blog in Spot.ph but I wasn’t as big a fan as Ayessa. I only planned to borrow her copy but I ended up buying my own when I decided to go to his book signing. I am so glad I did.

His essays are timeless, too. I’ve already read some of his works in Spot.ph but I do not mind reading it again. His essays make him seem so likable, I don’t know. He seems so simple but he has this depth to him that allows him to write insightful pieces. His social commentary is so spot on that I end up thinking over and over again that he’s so smart.

I need to write more books by Filipino writers. I seriously have to.

So that wraps up my September Book Month. Heh. I am excited to write about ASOIAF, though! I’m on my fourth book and it’s as amazing as ever.

I know what I love. I’ve always known what I love. I’m at the point where I’m asking myself what I want to do with my life, and I keep asking if writing is part of my big life plans. But I’m not even sure why I still ask myself that question when I’ve known for a long time that writing is the one for me. I don’t think I’d ever truly be happy if I’m not writing. Any form of writing will do.

I do know what I love, but why do I still feel lost?

I’m not sure when I truly started writing. There’s a bunch of old notebooks back from high school stashed in my cabinet but I know that I already loved writing when I was in grade school. I think my love for stories and writing developed at the same time. END_OF_DOCUMENT_TOKEN_TO_BE_REPLACED

Last thursday night, Ayessa and I battled the Makati traffic and the harsh MRT crowd just to meet up with Yeye in Megamall. Ayessa and I work in Makati while Yeye works all the way in Q.C. Before, it’s the two of them who were always together since they both worked in GMA. Now, Ayessa and I are officemates and roommates and I see more of her face than I intend. (Hahaha. I hope you’re reading this!!!!)

It’s weird how I spent many of my last college days with these two (and with Ate Anj!) since they’re both Broad majors and I’m a Journ major. We fatefully shared the pangs of taking our thesis subjects later than our batchmates. We were forced to be together all the time. It was fun, though, and they turned the all-nighters into fun ones. 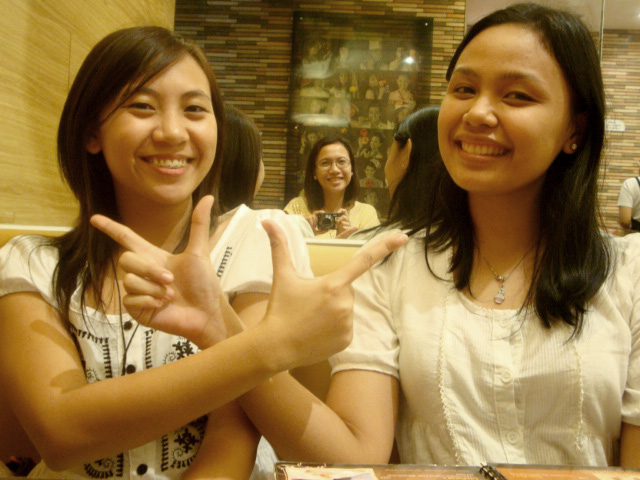 END_OF_DOCUMENT_TOKEN_TO_BE_REPLACED

It has been a year since I joined my company, and I must say that it passed quite quickly! Sure, the days seem longer when I’m waiting for the next pay day (heh), but I always feel like September 2010 was just last month.

I wouldn’t go far in saying that I have the perfect job. On normal days, I’d just like to sleep in and skip work like any normal employee. (Don’t tell me you love to go to work every effin’ day. I’d call you weird. Ha.) But it’s not so bad. I do have an office job, and it gets quite repetitive at times. It also have its perks, though, and I believe I have a good job.

I know I don’t talk much about my work, because there’s not much to talk about. There are times when I don’t feel like doing it anymore! I just miss being a bum. Heh. But there are reasons why I’m still here after a year.

This is the best part really. I can go to work anytime I want. It’s easy enough to work around my schedule. Whenever I have to go anywhere, I just have to go to work early so I can leave early, too. I don’t even have to worry about being late. I have this wish that all my future jobs will have a flexible schedule, too. 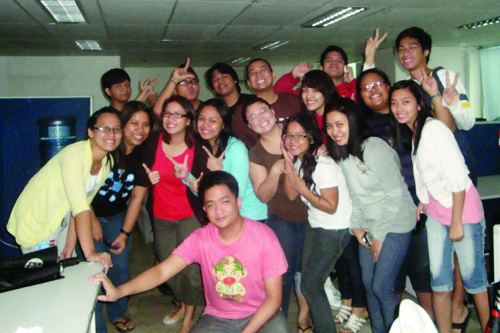