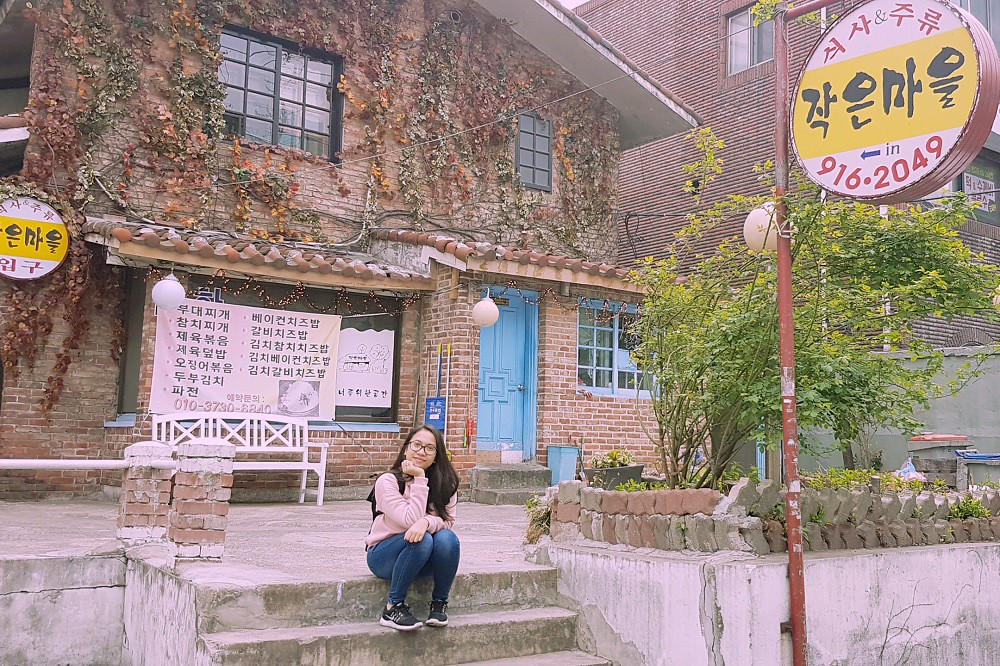 No trip to South Korea will be complete without visiting a K-drama filming location. With so many dramas released every year, pretty much every tourist spot in Seoul is a shooting location. However, there are still some hole-in-the-wall spots that you really have to go out of your way just to reach. Such is the restaurant used in Weightlifting Fairy Kim Bok-Joo, and it was the first spot we visited for our South Korea trip last spring.

But out of all the Weightlifting Fairy filming locations used for the drama, this was my priority! Watching the show, I could hardly believe that a chicken restaurant could look so pretty so I was surprised to learn that it’s a real restaurant in Seoul. I just had to visit it, and I was glad my sister agreed. So far, it’s my favorite 2017 K-drama, and it was the one that pulled me out of my drama slump. (You can read all about it here if you want, hehe.) I couldn’t visit all its filming sites, but I could fit in at least one. It was more than enough for me because at least a fourth of the series was filmed here!

When I said that it’s out of the way, it’s really out of the way. It’s not a tourist spot and it’s near Kookmin University. However, it’s still pretty easy to reach, and we didn’t even get lost looking for it. But I guess I just have to attribute that to my killer sense of direction, or I can just really sniff out K-drama spots. (Seriously though, every corner in Seoul is fit to be a K-drama filming spot. The city is just that photogenic.)

After quickly dropping off our bags at Hotel Maui DDM, we went straight to Bok Chicken. But of course, it wasn’t really called Bok Chicken but Jak-eun Ma-eul, which I think means Small Town. But please don’t quote me on that. END_OF_DOCUMENT_TOKEN_TO_BE_REPLACED