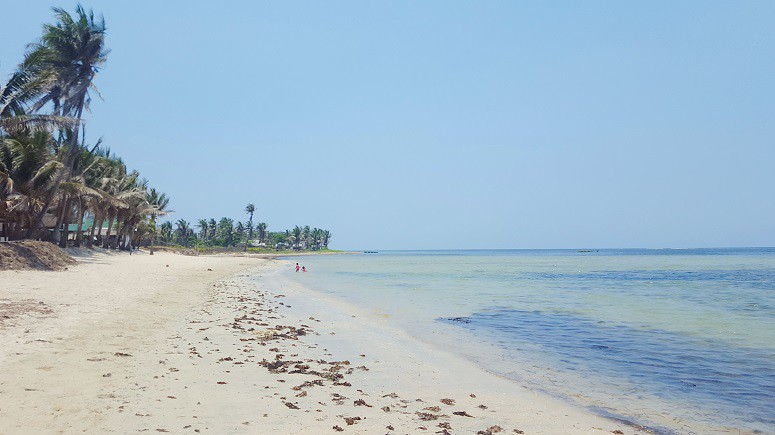 Last April, I embarked on one of the longest road trips of my life with my high school classmates. I expected it to be far, but eight hours of road travel will always feel overwhelming.

It was an entire weekend of raucous laughter and nostalgic tales that span 14 years of of our lives. It was ridiculous that I have known them for more than a decade but this is the first time that I actually bonded with them.

I was pretty quiet in high school, and I tended to stick to my barkada the entire time. Though I had been classmates with the same people since the first grade (Canossa loyalist, yo!), I only spoke comfortably with a few. I’m glad that I decided to join them even though I was the only one from my barkada who joined the trip. Still one of the best decisions I made this year!

There were eight of us and we rented a van to save on transpo and to travel more comfortably. We left Manila in the wee hours of the morning and arrived in Pangasinan at almost lunch time. Originally, we wanted to stay at the Sundowners Resort, but it was fully booked. We ended up staying at Ilog Malino, this beachside resort that offers pretty amazing rates. So, it was still a winning situation for us. 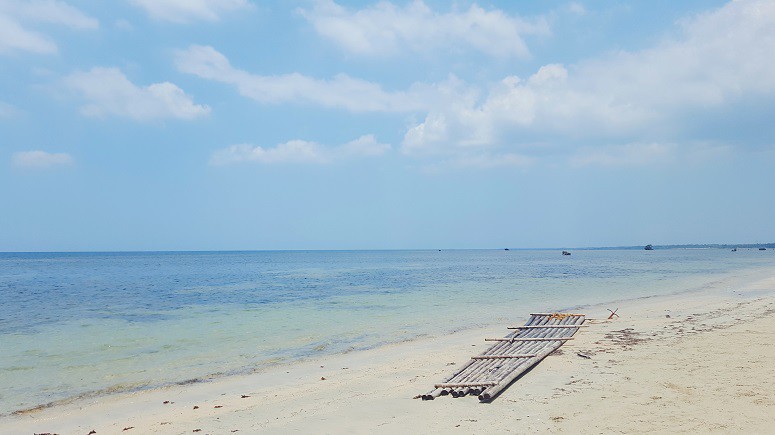 View from our resort! We didn’t get to swim here, though. 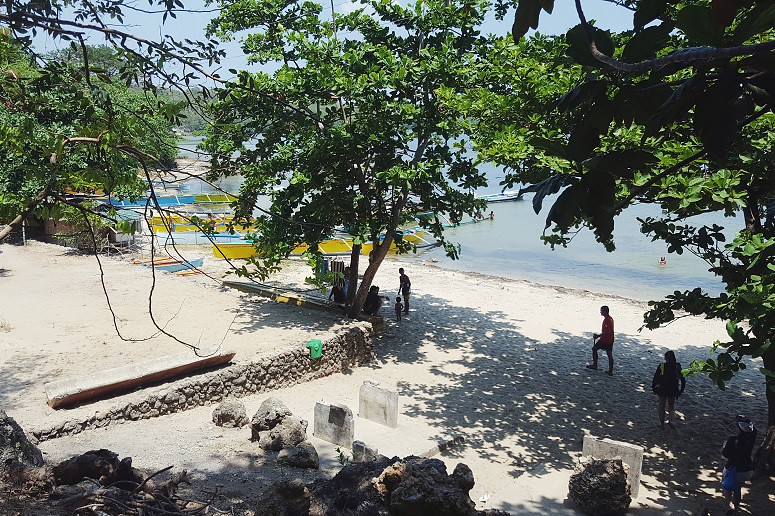 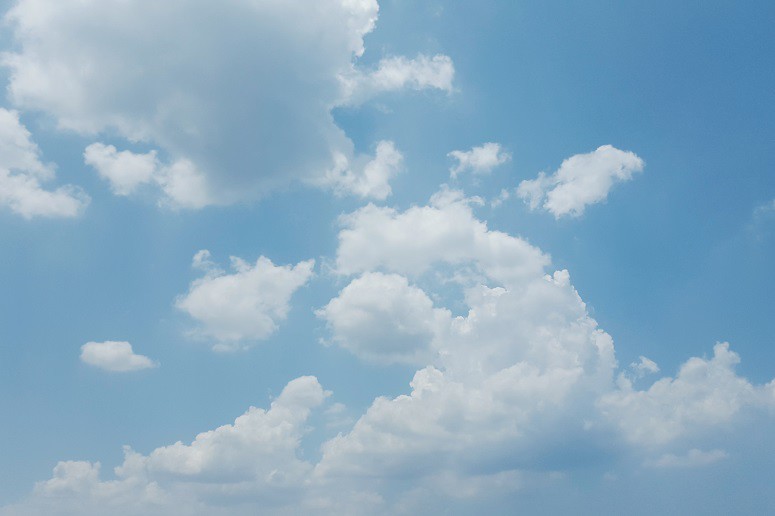 The first stop in our itinerary was the Giant Clam garden! One of my friends, Darryl, is part of the team that grows and cultivates the giant clams. Apparently, Filipinos almost drove the giant clams to extinction so they started planting it again in a number of places in the country. It was a pretty educational snorkeling trip, and we kept pestering Darryl with not-too-scientific questions. He was pretty patient with us, though. Haha. 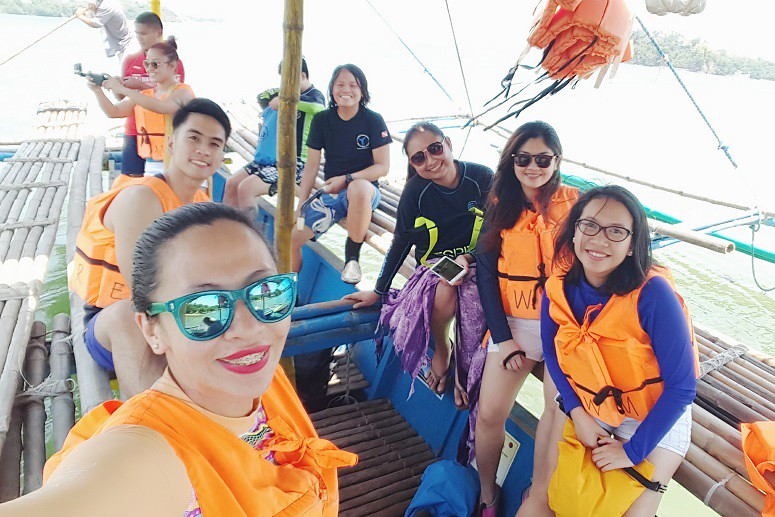 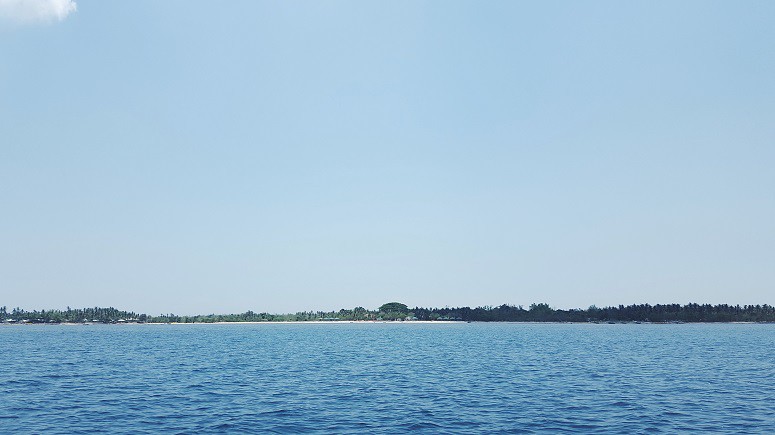 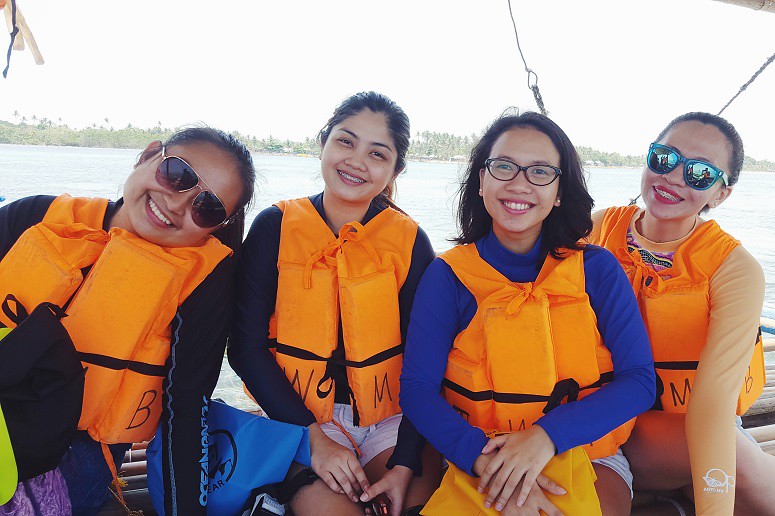 There weren’t a lot of tourists being the middle of the summer. It almost felt like we had the entire place to ourselves, save for the occasional passing boats. We spent about an hour fooling around and marveling at the giant clams. Because they really were so big! 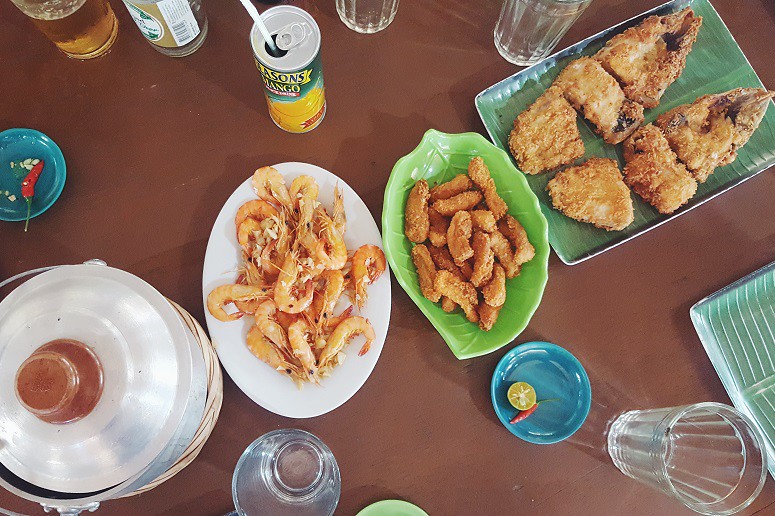 After snorkeling, we had a late lunch near our resort. Good thing we had our own van that took us around Bolinao. We didn’t have to get out of our swimming clothes and we just covered the seats with plastic trash bags and dried ourselves with our beach towels.

We stopped over this unassuming restaurant that served mostly seafood. We had a feast of breaded seafood! But it was filling and more than enough to last us till our next meal that day.

After lunch, we headed straight to the Enchanted Cave, which was a little underwhelming. I had no picture of the actual cave, because it was dark and a little too crowded for me. I think they should be regulating the influx of visitors, because the place was too small to hold a crowd that large. It was quite off-putting to go dive into the cave, but since we were there already, we might as well enjoy it. It’s what I love about my friends, they were pretty much game for anything.

We braved the throngs of people and the cold water to go at the back of the cave. There were fewer people there because the water was deep and it was pretty dark. There was a rope to guide our way, and it at least helped us stay afloat. After a while, we did enjoy swimming in the dark cave, far from the other tourists. 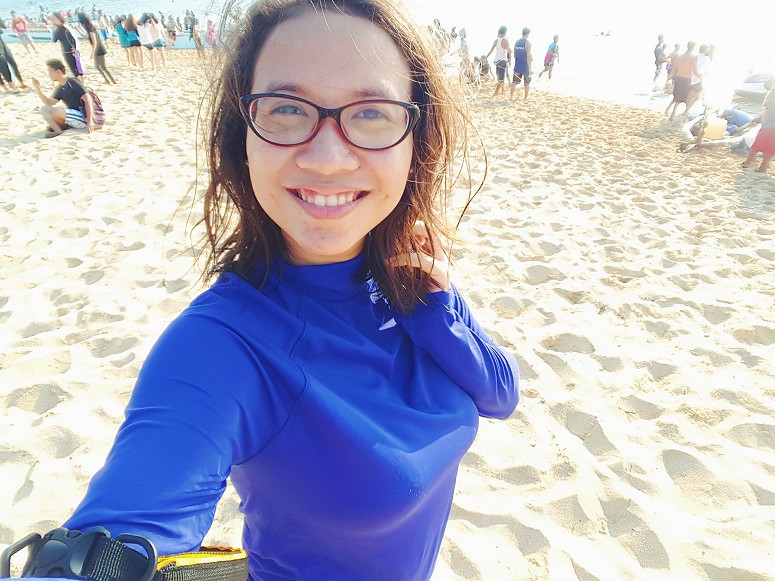 For our first day’s last pit stop, we went to the Patar White Beach to watch the sunset. And what a sunset it was. 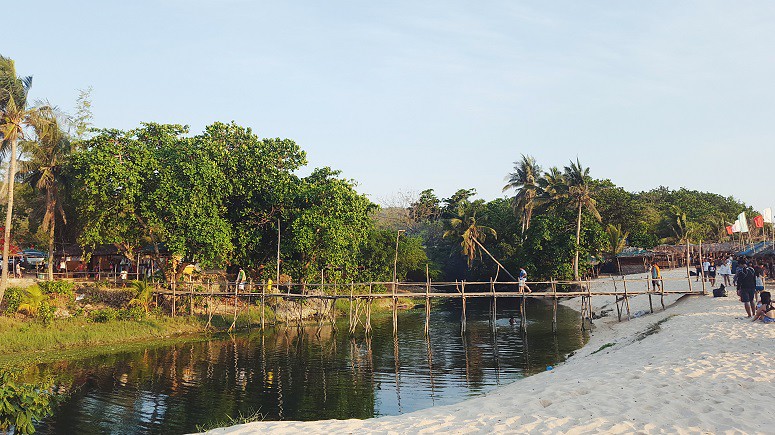 With our bags of food and a beach hut waiting for us, it was definitely a perfect way to end a long, tiring and pretty exciting day. We spent more time marveling at the beach’s beauty and the golden light of the sunset than swimming.

There were tons of people at the beach that day, too, but there were still spots to just relax and hang out. 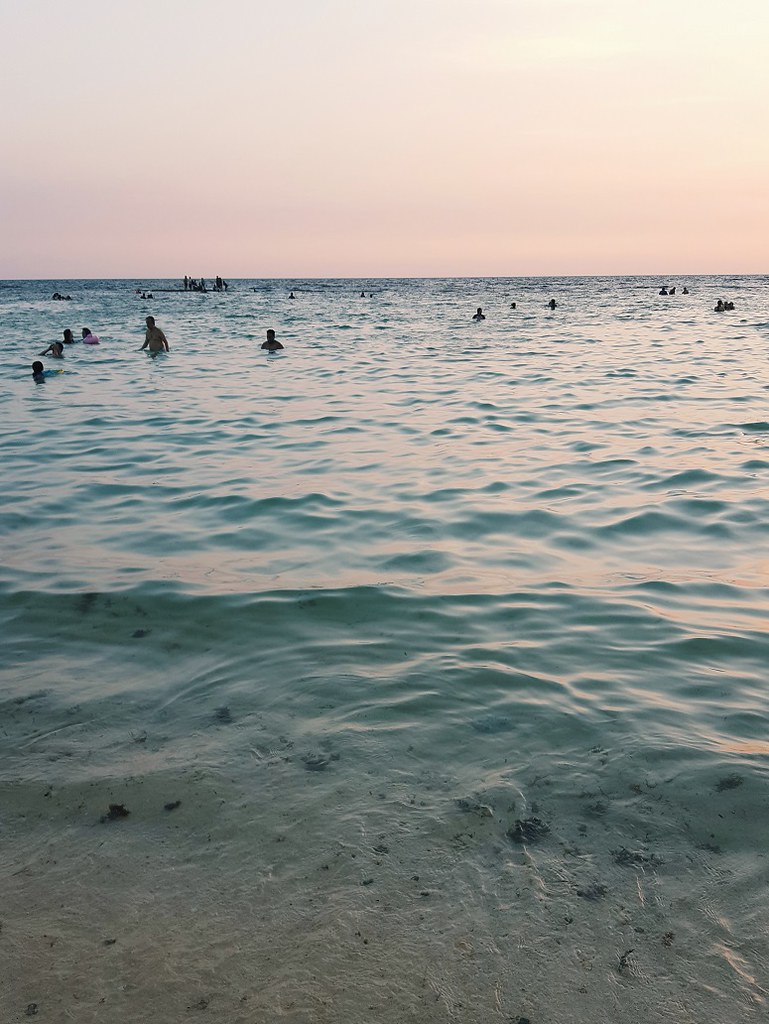 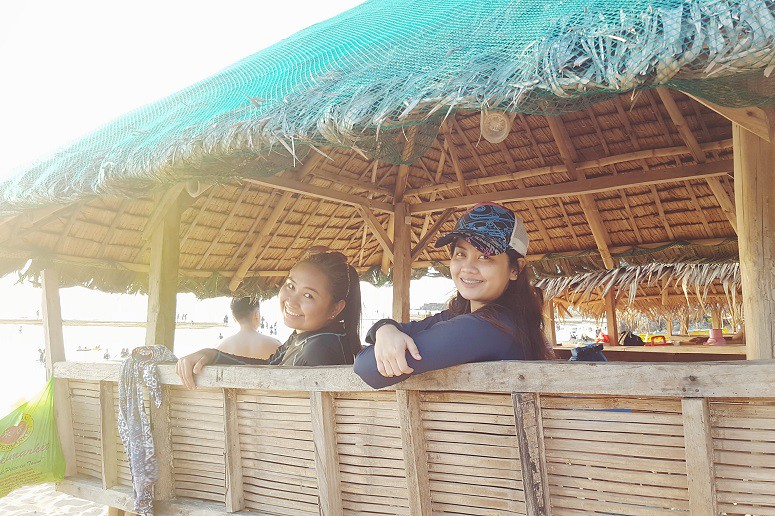 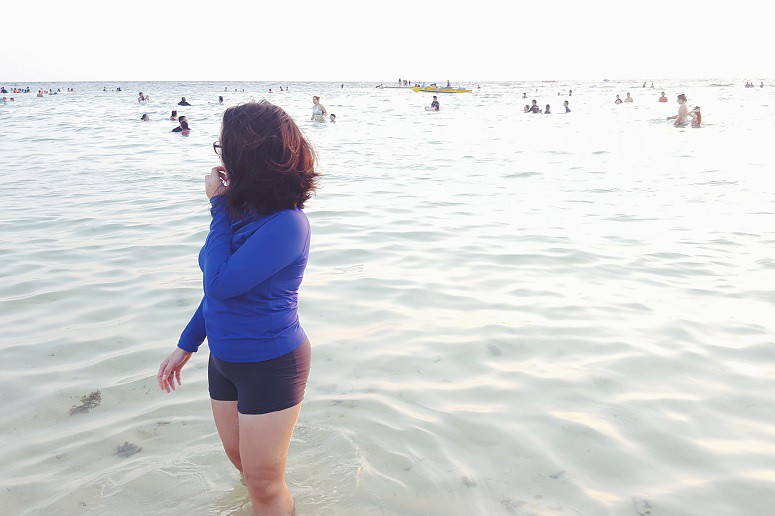 I decided to enroll at the gym after I saw this picture. 🙁 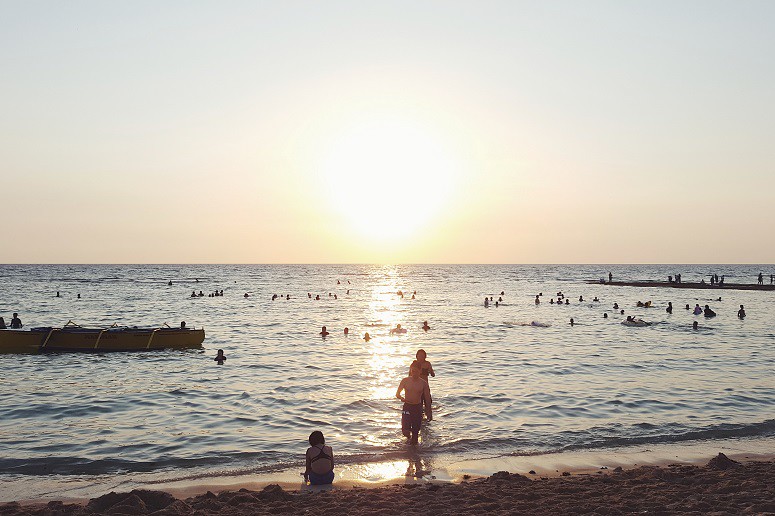 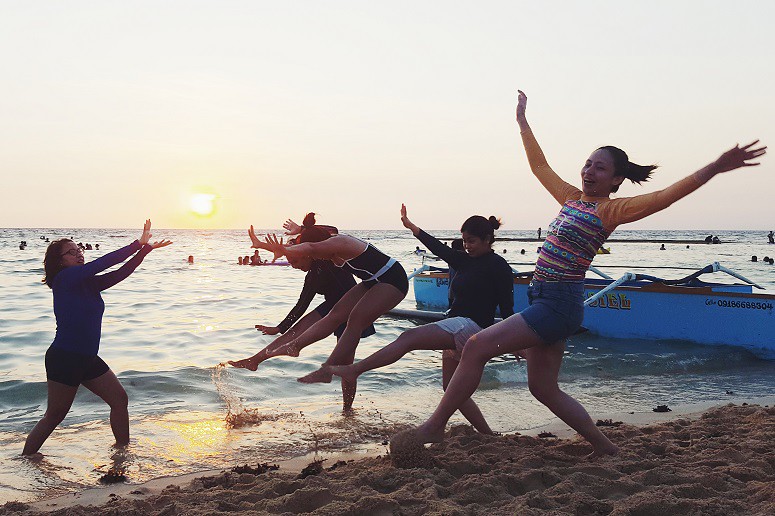 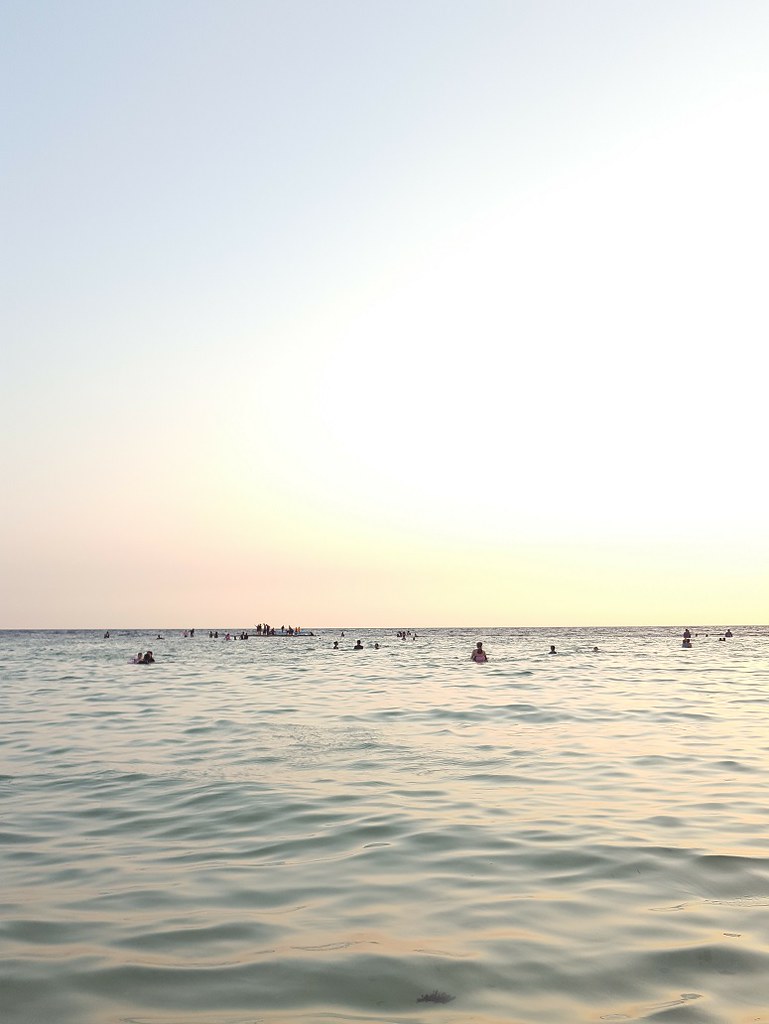 After fully soaking in the sunset, we headed out for dinner. I forgot where we had dinner, but there weren’t many places open at the city center. We just picked one that’s open and ordered kaldereta. Seriously, I was so tired and sleepy by then that I cannot remember much of what happened that night.

The moment we went back to the resort, we took a bath one by one, and I ended up falling asleep on the floor while waiting for my turn.

The room was pretty big that it can accommodate the three beds and two extra mattresses. It really felt like a big sleepover. We slept soundly and failed to wake up early to watch the sunrise at the Bolinao Lighthouse. Who were kidding? We really had no intention of waking up early. We were too tired! 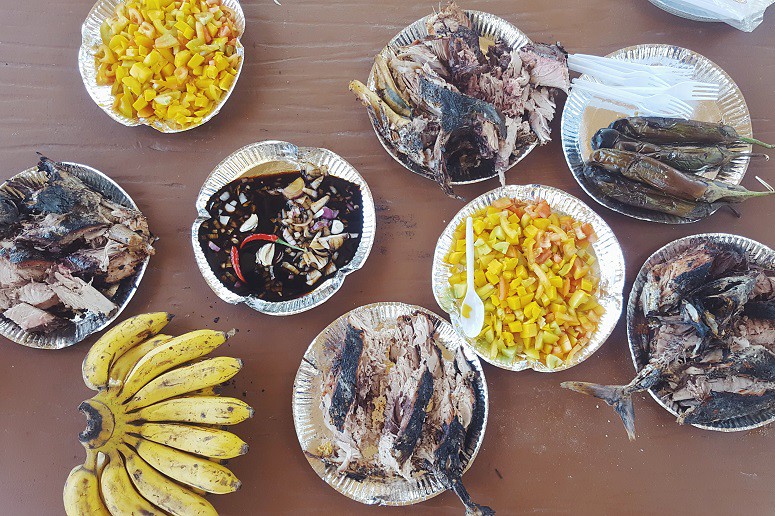 While us girls relaxed at the room, packed our bags, and learned how to use Snapchat (how very #TitasOfManila haha), the boys went to the wet market and cooked our lunch for us. They bought a huge tuna and grilled it to perfection. I also loved the mango ensalada and dipping sauce! It was definitely our best meal during the trip and the cheapest one, too!

After our yummy lunch, it was time to say goodbye to Ilog Malino and finish our Bolinao itinerary. We had two more on our lists, including the Bolinao Lighthouse that we failed to see during sunrise. Apparently, it’s no longer functioning, but it still serves as one of the more famous landmarks of Bolinao.

It was almost noon, so you can imagine how hot it was at the Bolinao Lighthouse. There were many tourists, though. You’ll only need around 10-20 minutes to see everything. There was a beautiful ruin, and we spent some time shooting a video. But Justin didn’t set his camera right! We forgave him for it. Haha. 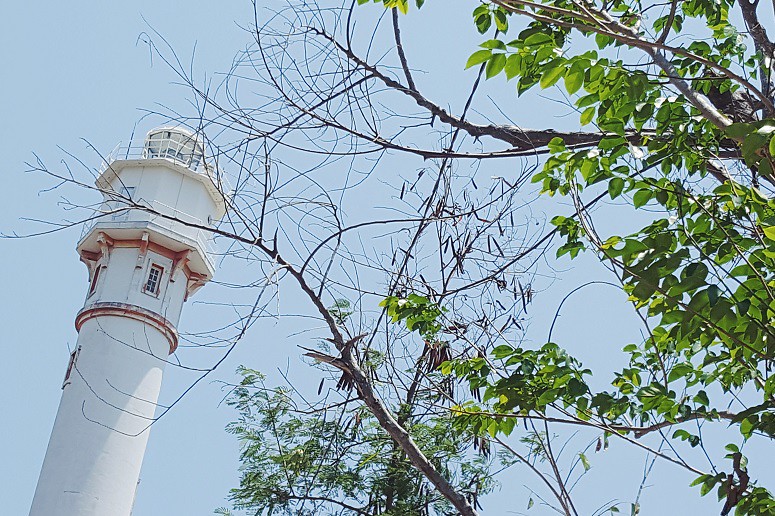 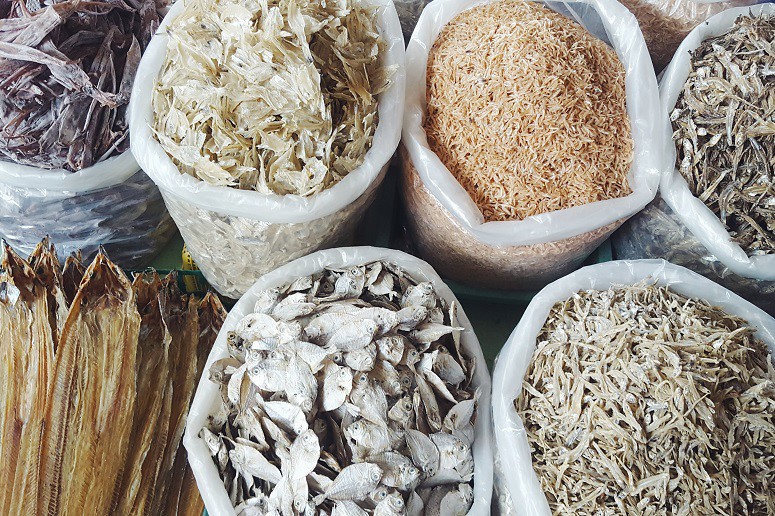 Of course, we cannot leave Bolinao without hoarding danggit. We went to the public market to buy some, and I ended up buying a month’s supply of danggit and pusit to bring home. There’s also padas, which is a kind of bagoong made of rabbitfish. I don’t even know what rabbitfish is.

Good thing our danggit didn’t smell in the van! 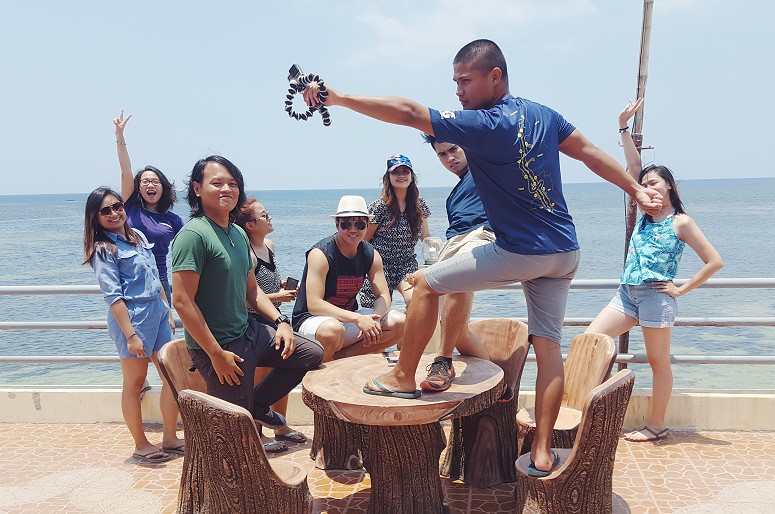 For some reason, 2016 seems to be the year of unexpected travels and even more unexpected companions. I was thisclose to backing out from the trip, but thankfully they didn’t let me!

I do wish that we’ll have more outings like this–with more classmates! It feels pretty awesome that even 10 years after our high school graduation, I still manage to keep in touch with my high school friends.