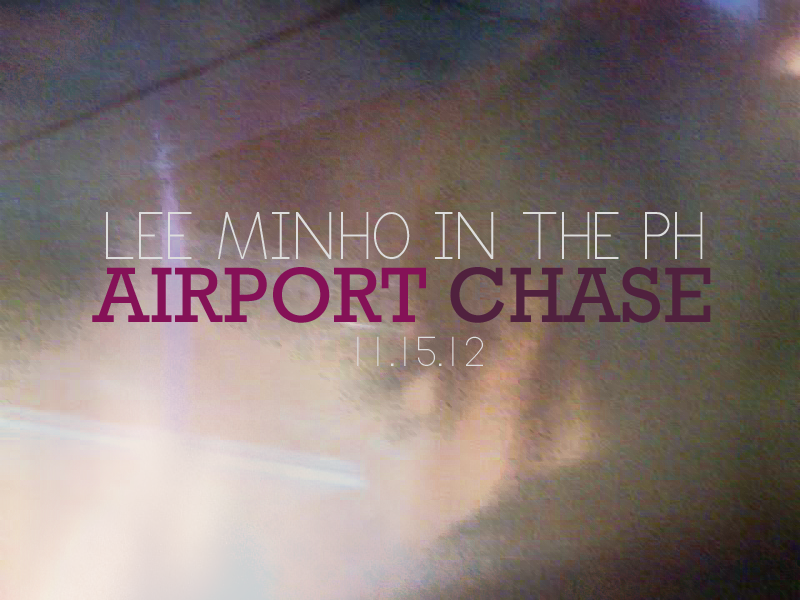 That day, I trooped to the airport with Iris, Eunise and my forever airport buddy, Ate Karen, and we waited for the Asian Superstar to arrive. Since everyone in the Philippine media outlets loves to call him the Asian Superstar, let me call him that, too. It’s no secret that I have so much love for Lee MinHo. City Hunter’s my number one obsession last year, and I seriously didn’t know what to do with my life when the series ended. But I moved on and eventually found other things to keep me occupied. But Lee MinHo stays in my heart.

So when he became a Bench endorser and they announced that he’s coming to the country, I made sure that I’d see him in the flesh. Month before his planned arrival, I already filed two days of vacation leave. I’m prepared you know. But we only learned of his arrival day before he arrived! I’m so glad I filed the right dates for my VL. Heehee.

We waited near the VIP room because the airport staff said LMH would drop by the VIP room after he landed, just like what Big Bang did when they went here last month. But we were too nervous and excited to sit still so we ended up roaming around the airport. Iris’s father was kind enough to tour us a bit and introduce us to other airport staff.

By that time, people are starting to gather near the immigration area. There were some fans, too, but most of the people gathered were airport personnel. We were standing next to the windows and we could see planes flying in and out. Everytime a plane would appear, we’d panic a bit since it might be Lee MinHo’s flight already! 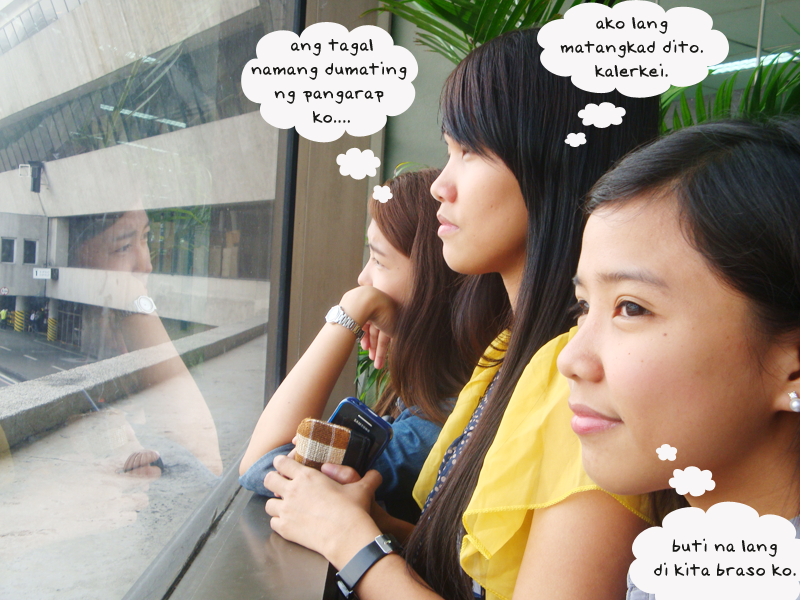 When the news spread that LMH’s plane landed already, a crowd already formed in front of the immigration. We were so anxious because we did not know if we’d be able to get near him and that’s basically the only thing we wanted! Well, seeing his gorgeous face was okay, too. When the screaming started, the crowd rushed forward and we panicked. By that point, it might be impossible to slip through everyone so my friends and I decided to just wait by the VIP room. We ran so fast without caring whether people were staring or not. Along with other airport staff, we waited by the VIP room.

The crowd engulfing LMH was moving in the middle of the airport towards the exit. And that’s when we realized that he’s not stopping by the VIP room at all! CRAAAAAAAAAAAP!

So we made a mad dash towards the exit and tada! I cannot, for the life of me, describe what happened. There’s chaos all around. But I know that we made it in time because we reached the exit gates before him. We saw him walking towards us and it was glorious. GLORIOUUUUUS.

You know how in movies there seems to be a haze around superstars walking in the red carpet and all you can see is the star with camera flashes going off everywhere around him and the other people are basically faceless? THAT’S WHAT HAPPENED! All I could see was Lee Min Ho walking towards ME (yeah, i’m delusional) and he has this little smile on his face. He was wearing shades and he was walking like a model. And no one could get near him because of his bodyguards and all. When he passed by me I managed to brush his right sleeve!! O M G O M G. He’s such a dream, okay.

In a panicky state, I followed along with the crowd. I tried so hard to get near and I DID it. I slipped under the guards! (Reader, we have to see each other so I could demonstrate to you my ninja moves.) I was basically in the circle the bodyguards formed only for Lee Min Ho. And what else could I do when I managed to get inside the circle but touch his back. O M G. I could feel nothing of course since he was wearing a rather thick coat. But I was so happy!!!! A Korean bodyguard (not his famous bodyguard) slapped my hand away but I was still grinning like an idiot. I wish LMH didn’t feel harassed or whatever though. Heh. I just wanted to shake his hands but he wasn’t facing me. A Pinoy security also restrained me (he was holding both of my arms just to stop me from taking another step forward but I managed to break free because your fangirl spirit really does that to you) and I was still grinning. How could I not grin? I just touched Daejang’s back!!!!

I’d rather not share my video of my interaction with him since it’s just screaming and shaking and you can’t even see LMH’s face in it. So here’s a GIF of his back. I was filming the whole time so I have no idea how I managed to touch his back? IDK.

LMH and his bodyguards were so in-sync that their walk from the immigration towards the car waiting outside the Arrivals area was so smooth. No man, woman, fan or not, could stop them on their tracks. I was speechless, but they’re really rather impressive!

Everything happened so fast! In fact, my video only lasted for only 1:08 mins! THAT FAST! But it was so worth it because he’s just so handsome!!!!! He looks the same in person as he is on TV. Maybe a bit more good-looking because he’s just shining. You know?

It suddenly makes me wonder if he’s shining because he’s a celebrity or he already had that shine before, and that’s why he became a star? Yes, I have rather deep fangirl thoughts sometimes.