I know I’m a few weeks late in blogging about Holy Week but my blogger’s motto is it’sbetter late than never. And no, I’m not just making up an excuse.  This blog post has been sitting on my drafts for a few weeks already but some important things cropped up and I didn’t have the time to write about it. I have tons of other things to blog about but I’ll make sure to get this out of the way first.

My Holy Week is pretty much the only real holiday I get every year. I think holy week is every employee’s favorite time of the year, because it’s definitely mine. This year was extra special, too, since it was followed by a holiday on Monday. Heh. But the five-day holiday was still too short!

Anyway, just like every year, my family and I went on a Visita Iglesia around Laguna and Quezon. Sadly, we seem to decrease in number every year because some of my cousins migrated to Italy. I don’t know. It’s quite sad that we’re getting fewer and fewer every year! But no worries, it was still fun. Also, this year was our first time to do the Station of the Cross! I’m not sure why we didn’t do it before.

Our first stop was the church in Alaminos, Laguna which is also the nearest church from home. After that, we headed to San Pablo. Those are the only churches we visited in Laguna, because we didn’t pass by Liliw this time.

It was so hot! Hello, tan marks.

San Pablo Cathedral is under construction, and it really was a shame! I don’t understand why it’s taking them so long to reconstruct the church. I swear it’s under construction for a couple of years now. Anyway, I think it’s my first time to notice this statue near the restroom. I’m not even sure who she is. I’m not sure if it’s Mama Mary or some saint. All I know is that it has that kind of beauty that only forgotten and rusted statues have.

The church in Dolores, Quezon is the one church that will always be included in our itinerary. We’ve been going to this church since I was a kid! My earliest Maundy Thursday memories include Dolores and going to the stream in Banahaw Quezon (which I’ve heard has already dried up). When I think of Dolores, I’m reminded of kalamay, anting-anting, old bells, candles, and the faint smell of perfumed rosaries. Now that I think about it, this is one of the few constant things in my life. 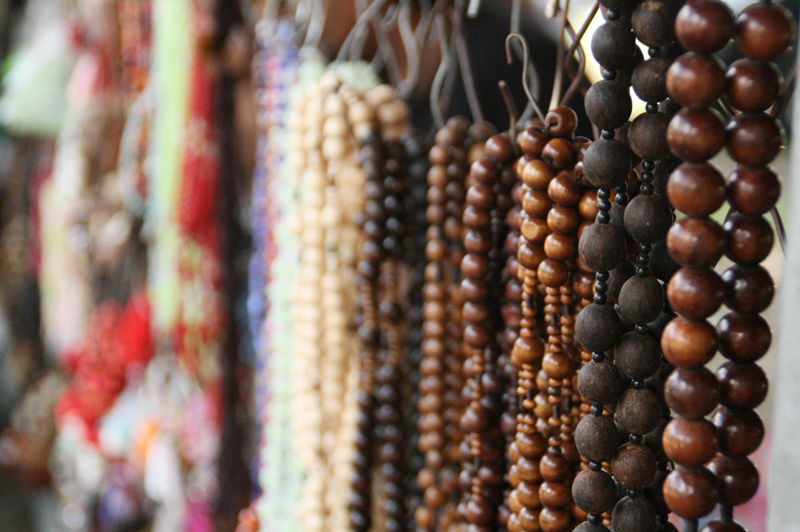 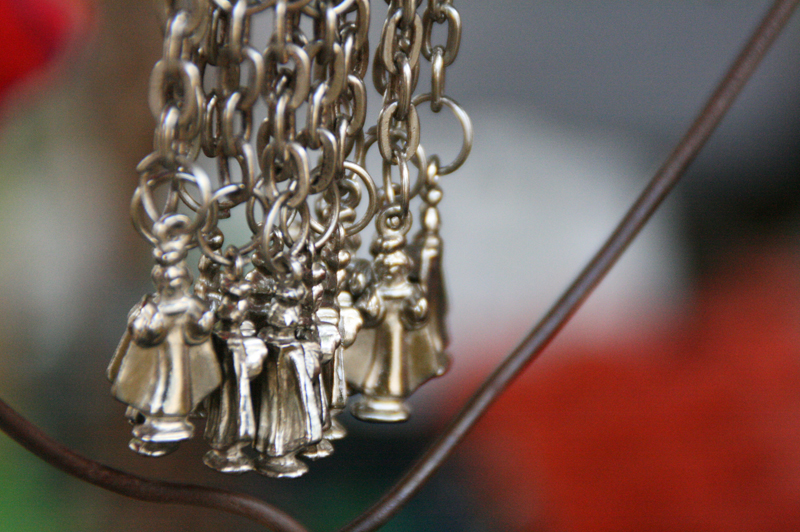 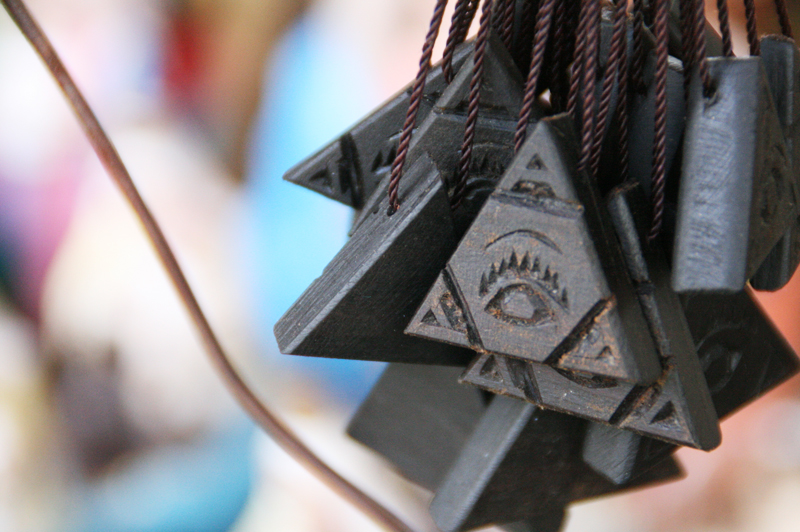 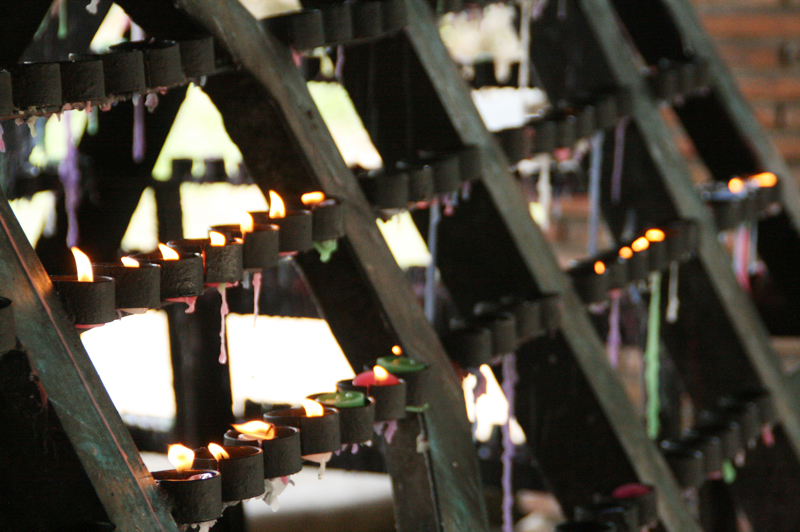 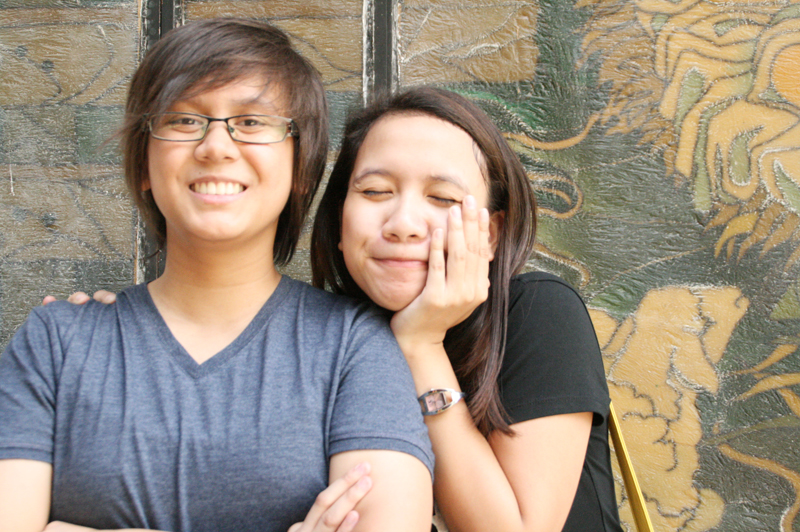 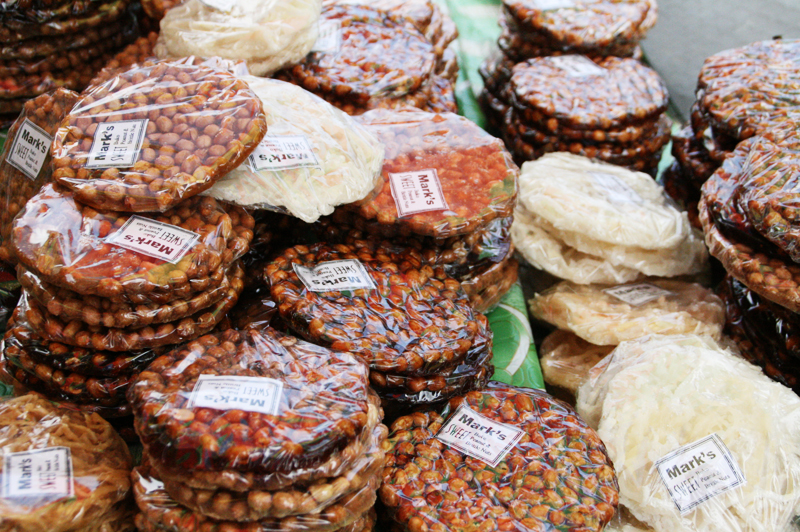 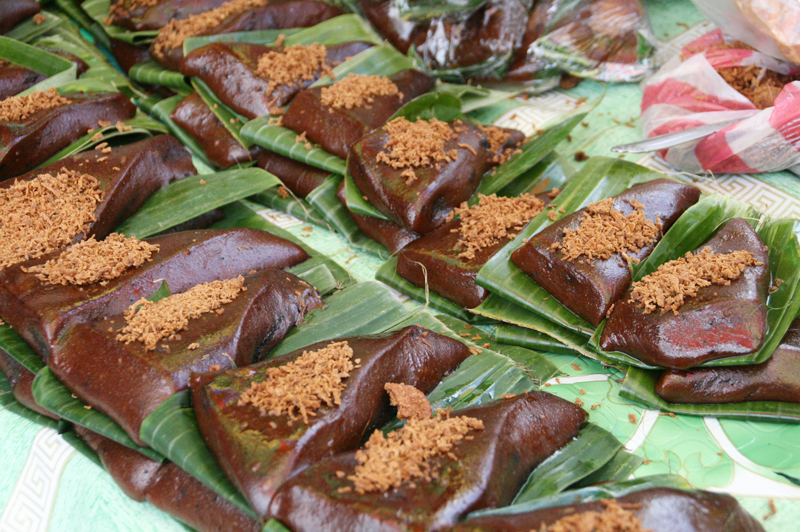 After Dolores, we went straight to Tiaong, something new in our Maundy Thursday trip. This is also where we stopped to eat lunch! It was almost 2PM, I think, and I was already starving. While the mommies were preparing our packed lunch, the kids (me included hehe) bought fish balls and kikiam. Yum yum. We were supposed to eat scramble after lunch but Kuya Fishball didn’t wait for us. /sobs 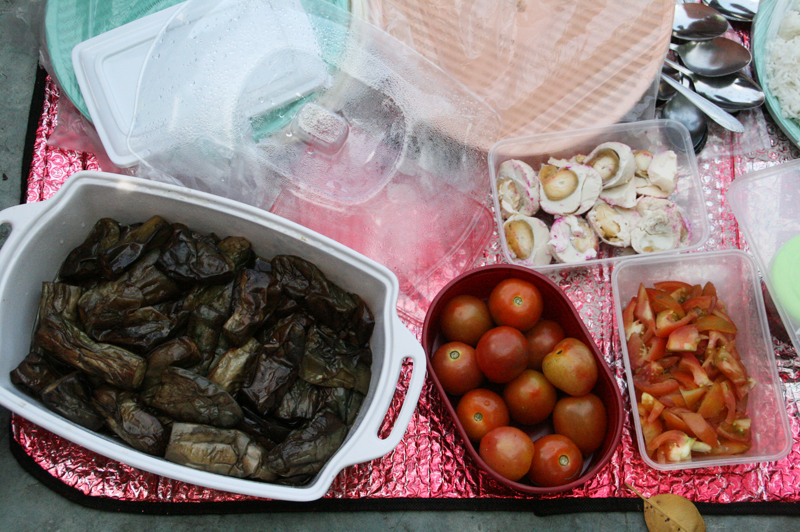 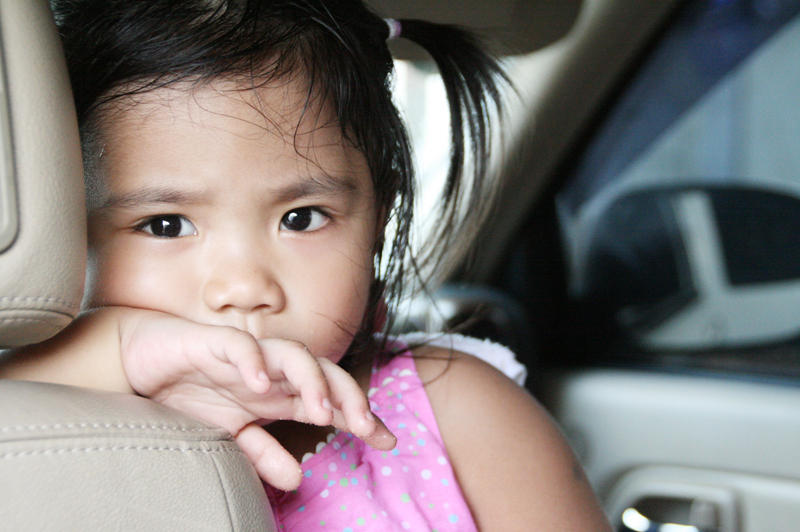 Tita Pepis and Tito Ding decided to go home after lunch. There was an emergency at home that’s why they couldn’t finish the Visita Iglesia. We’re one van short! But the trip must continue.

We went to Candelaria next, and I fell in love with the church! It’s not as big as other cathedrals but it looked so open, and I have always loved open churches (e.g. St. Therese church in Elbi, the one in Wawa). The ceiling was quite low but there’s a second floor. We didn’t stay there that long. We only lighted some candles and went on our way again.

Our last stop was the church in Sariaya. It wasn’t supposed to be the last stop but there was something wrong with our car. It was the first time in a long while that we didn’t go to Lucban. But at least we got to go to other churches that we hadn’t been, too.

We stayed outside the Sariaya church while my father looked for someone who could fix our car. We ended up eating meringue! To my surprise, it was the first time Gianna, Gabby and Gian ate meringue. I don’t know why but it’s baffling how they’d never eaten meringue prior to that day. T

here’s this big tree outside the church and there’s a legend that if they ever cut it down, the whole Sariaya will sink or be flooded. I’m guessing that a tsunami might cause it since it’s near the sea. The tree’s really old and they already cemented the bottom part to support its weight. 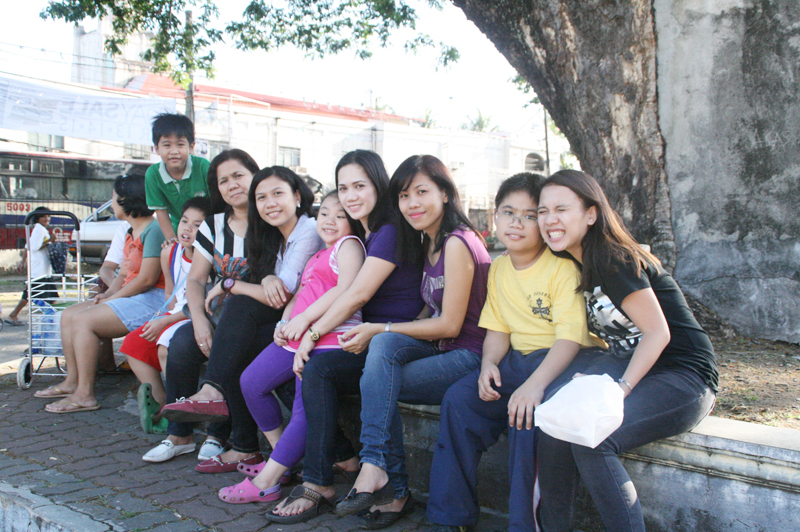 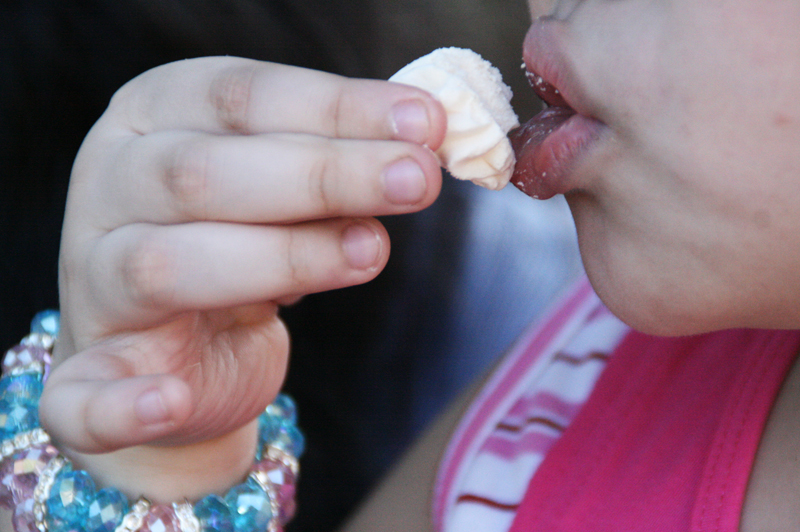 A lot of things got a bit awry, and I definitely hope that next year will be better. My holy week was spent on a lot of activities, and I think it was a bit better than last year. At least I wasn’t as confused as I was about my faith. Here’s to hoping that I figure out what I need to figure out. I’m really hoping for the best, you see, and there’s really no reason not to believe.